It has not been a great week for the US Army’s Future Vertical Lift (FVL) programme.

The Sikorsky-Boeing team has acknowledged that its SB-1 Defiant will not fly until next year, or several months after its rival in the army’s joint multi-role technology demonstration (JMR-TD) effort – the Bell Helicopter V-280 Valor – completes its first flight in September (assuming that programme runs to schedule, of course).

In the complex arrangements for the FVL competition, the JMR-TD exists to help the army become ­familiar with the limits and capabilities of high-speed rotorcraft technology. 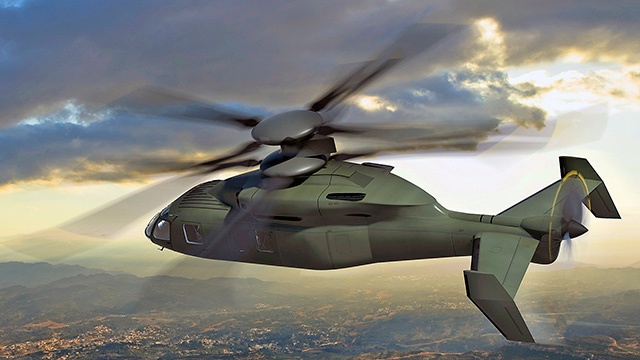 Sikorsky-Boeing is offering a coaxial rotor-pusher propeller configuration, while Bell is proposing a tiltrotor with several improvements over the technology used on the Bell Boeing V-22 Osprey. The Texas ­airframer remains confident it will maintain its September timeframe.

If the army wants to field a high-speed replacement for the Sikorsky UH-60 Black Hawk by 2030-2032, such delays at the demonstrator level are unhelpful.

For a total estimated cost of $1 billion, split between the army and industry, JMR-TD was supposed to help accelerate the development timeline by several years, maturing key technologies along the way.

It was conceived to allow the service to skip a ­multi-year step in the normal acquisition process – known in acquisition circles as technology maturation and reliability readiness (TMRR). But the Department of Defense officials who hold the army’s purse strings have given no public indication as yet that the investment in JMR-TD will actually allow the service to skip the TMRR phase and yet another round of ­demonstrator aircraft.

And a delay to first flight for one of the probable FVL bidders does not help the army’s case for avoiding the expense of a TMRR activity.

In the meantime, there are other helicopter fleets that also require replacement in the longer term – and not just the US Army’s – with FVL intended to ultimately cover a range of weight classes via five so-called capability sets.

Delay to one part of JMR-TD, and any consequent hiatus for FVL, has the potential to send ripples further out to other potential programmes.

For the army, that means the future of high-speed military rotorcraft is likely to arrive much slower than it expected.