When Qatar Airways chief Akbar Al Baker earlier this year made his ill-chosen, off-the-cuff ­remarks about the inability of women to run airlines, he did the industry a favour in that his comment highlighted – albeit rather uncomfortably – a huge gender gap that extends from the boardroom to the flightdeck.

There are plenty of female employees at most airlines – behind check-in desks, among cabin crew, and in ­administrative positions. However, important though those roles are to the smooth running of an airline, when it comes to the cockpit or C-suite, women have generally struggled to break through even the 5% ­barrier: a lower level than in almost any other high-tech service sector.

The growth in demand for aviation and the consequent pilot shortage has made this an issue that goes beyond ethical questions of equal opportunity. It is contributing to airlines’ inability to operate services, or expand as quickly as they would like.

While it is easy to blame the industry for not ­recruiting or promoting women, the problem runs much deeper, particularly when it comes to convincing girls and young women to become pilots. Throughout our societies – and this applies from Uzbekistan to the USA – flying an airliner does not seem to be a profession that appeals to enough females.

There are two simple steps airlines can take to start changing this situation right now. One – as airlines such as EasyJet and Qantas are doing – is to set targets for the recruitment of female staff. These cannot just be long-term, woolly aspirations. They have to be firm, transparent objectives, with numbers and a timescale. 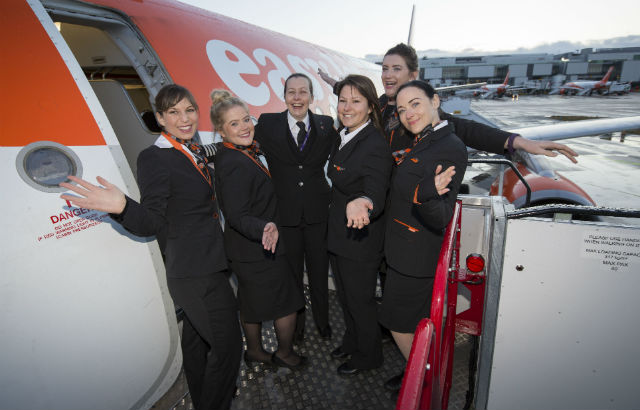 And they have to be accompanied by a “how”. This is a safety-conscious industry, which rightly ought to be nervous about arbitrary quotas that potentially lower standards, but each carrier must have a strategy that spells out how these targets will be met.

The second step is for airlines to become far more engaged further upstream – with schools, talking to children as young as eight. Hearing a young female pilot enthuse about her job could be the moment that smashes stereotypes and sets a schoolgirl on her first steps towards a career in the cockpit.

Neither will offer an immediate solution to the pilot crisis. But they will help make life easier for airlines five, 10 or 20 years down the line as they look to fill their vacant right-hand seats, and help make the world of work a fairer place for the next generation of women.