Tradition states that after tasting the disappointment of defeat, one should try and try again.

For Airbus, a more than decade-old ambition to provide one of the US Air Force’s most critical frontline capabilities is for the third time prompting it to step forward to promote the A330 multi-role tanker/transport (MRTT). 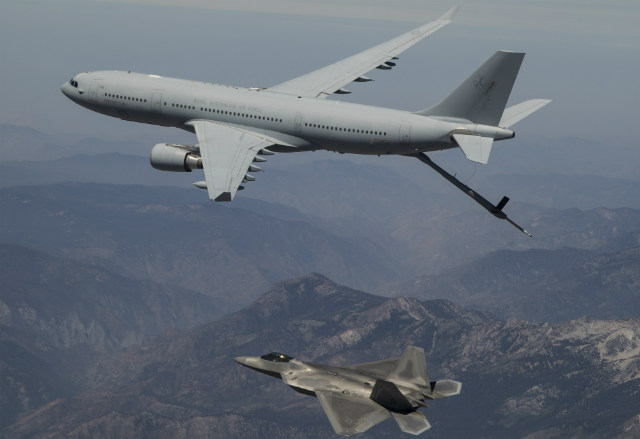 But this time it is different. Rather than partnering with a local prime contractor lacking sector experience – as it did with Northrop Grumman for the KC-30 bid briefly selected by the USAF in 2008 – or going it alone, as it did with a follow-on KC-45 attempt led by EADS North America, the European giant has teamed with a true airlift heavyweight in Lockheed Martin.

An Airbus/Lockheed collaboration should be of real concern to Boeing, and their announcement’s timing – shortly after their rival’s 767-based KC-46A missed its latest target for a long-delayed first delivery to the USAF – can have been no coincidence.

It should not be overlooked that the A330 MRTT also faced significant technical problems and lengthy schedule delays before becoming an operational success with the air forces of Australia, Saudi Arabia, the UK and the United Arab Emirates. First deliveries to France, Singapore and South Korea during 2018 have added to that already impressive customer list, but a successful campaign for the USAF would truly elevate the product in terms of units sold.

While his tenure as Airbus chief executive will come to an end in 2019, Tom Enders will be among those keenest to see an A330 MRTT eventually rise in USAF markings. Convinced by the quality of its design, the company was hit hard by its two losses in the KC-X battle. Speaking between the contest decisions in June 2010, he said: “We know we have the better aircraft, and the USAF knows we have the better aircraft.”

It is now up to Boeing to prove the capability of its long-troubled KC-46A: handing over a first example as planned before the end of 2018 will be a small but important first step towards regaining its customer’s faith in the product.

Despite its lofty position as the world’s number one aerospace company, Boeing already knew it would face stiff competition from second-placed Airbus when the USAF replaces the rest of its aged KC-135 fleet and larger KC-10s. By joining forces with third-ranked Lockheed, its European rival – which already has a growing commercial footprint on home soil – is now fully fuelled for a potential boom in sales.