Nostalgia for the post-war Kangaroo Route – flown in multiple leaps on Lockheed Constellations – and chief executive’s Alan Joyce’s eloquence about “breaking the tyranny of distance” ensured the debut of Qantas’s direct service from Perth to London gained arguably more global media coverage than the launch of even longer flights by its Gulf-based rivals in recent years.

Joyce’s next plan – to transport passengers nonstop between Australia’s big east-coast cities and the UK capital by 2022 – is more than a “because it’s there” type objective to crack what he calls the “last frontier” of ultra-long-haul travel. For him, these record-breaking services – he would like to fly directly to New York too – make perfect business sense. 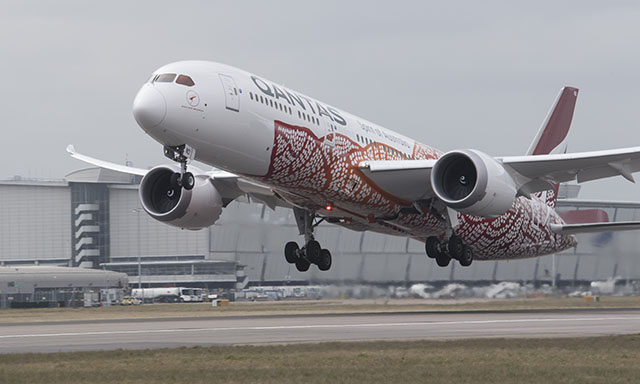 By operating configurations skewed towards higher-yielding customers, as Qantas has with the Perth flight, Joyce is confident the airline can command a premium for avoiding hubs and operate highly-profitable operations on some of the world’s most popular city pairs.

To do this he admits Qantas will have to think hard about passenger experience and the sort of cabin product travellers can expect on these longest-haul flights: after all, close to 20h is a long time to spend in a tube, even with the comforts of business class.

However, few would choose to add hours to a journey hanging around a hub, however convenient for airlines, and, all things being equal, passengers will opt for direct flights when they can. If enough of them are prepared to pay extra for it, then Qantas will be onto a winner.