On an August day in the Alps last year, a teenage enthusiast on a pleasure flight aboard a single-engined Piper was offered the opportunity to take the controls, even though he had no experience and the pilot had no instructor qualification.

The heavily-laden aircraft laboured to climb in the warm air, negotiating a course through high terrain at low height and with no margin for recovery, when it suddenly banked sharply and dived into the ground.

Just one of the four occupants, a rear-seat passenger, survived the accident.

What might be seen as an understandable – if ultimately pernicious – lapse of judgement in the context of a relaxed and apparently harmless sightseeing trip takes a wholly more startling and indefensible aspect when translated to the cockpit of a commercial airliner.

Yet such was the case a few months later. That the pilot of the Aeromexico Connect Embraer 190 which crashed on take-off during a storm at Durango had, at least, considerable light-aircraft flight time in his logbook hardly begins to ­redeem the stupefying decision of the captain – not qualified as an instructor – to hand control of the jet to an individual with zero hours on type.

Nor does the fact that Mexican investigators primarily blamed windshear for the crash – nor that, by a truly extraordinary quirk of good fortune, everyone on board the wrecked regional jet emerged alive before it burned out. 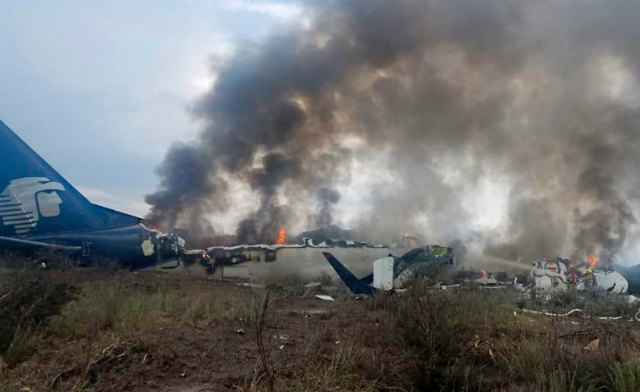 Swiss investigators absolved the ­teenage aviation buff of responsibility for the fatal Piper crash, stating that he could not be held accountable for seizing a ­one-time chance to take the controls of the aircraft.

For the pilots in the cockpit at Durango, that excuse just isn't going to fly.