Readers may recognise my name from the many flight tests I have written for Flight International over the years.

But it is with some trepidation that I venture to add my voice to the ongoing dialogue whirling around the tragic crash of Lion Air flight JT610.

I have flown the majority of 737 variants, from the -200, through the Classics, the Next Generation -800 and now the Max 8 as a captain for a US airline.

I offer the following observations only to spur a healthily discussion.

Firstly, it is worth stating that as transport aircraft have become more complex, somewhat perversely, the depth of systems knowledge expected of aircrew has diminished. 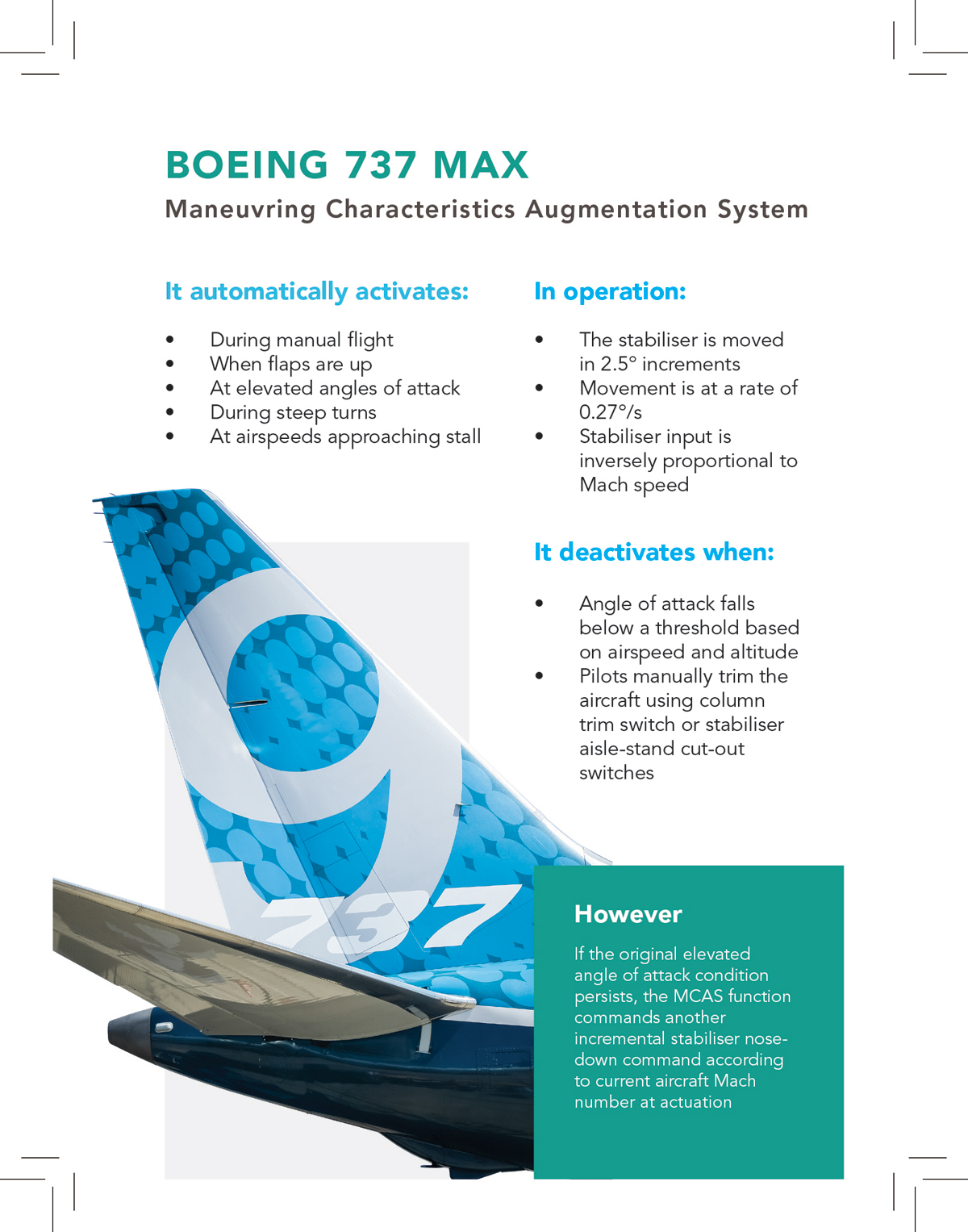 The 737’s Speed Trim System operates with the autopilot off to enhance flight characteristics in pitch at low-gross weights, high-thrust settings and aft centre of gravity. The STS will command stabiliser movement without pilot input. This system was detailed in manuals I received from two different airlines and taught in training classes. Proper operation of the STS would not be diagnosed by the crew as a runaway stabiliser.

But a new feature, the Maneuvering Characteristics Augmentation System was added to the Max to enhance pitch characteristics while the aircraft is being manually flown at a high angle of attack with the flaps up. MCAS is unique to the Max family: it commands stabiliser movement, without pilot input, to pitch the aircraft nose down. At my employer, at least, pilots were not made aware of the presence of this system. That discrepancy appears true at other US carriers as well.

On the Non-Normal Quick Reference Card for both the NG and Max aircraft, there is a checklist for use in the event of a runaway stabiliser. In the past, memorisation of the steps was required, but that is no longer requiraed; crews can instead reference the QRC when faced with the issue.

If the Lion Air crash was caused by a failure, or misapplication, of the MCAS, the crew may have been presented with characteristics similar to a runaway stabiliser. Execution of the relevant checklist may have stopped the undesired movement and may have allowed the crew to regain control of the aircraft.

Initial reports infer that erroneous angle-of-attack data may have caused the MCAS to kick in, repeatedly pushing the nose down.

That begs several questions: what is the level of redundancy (data parity checks) for the MCAS system? If reduced redundancy requirements were allowed by certificating authorities, was the existence of the established runaway elevator procedure a factor in the decision?

More crucially, perhaps, how and why was the existence of the MCAS hidden from operators and pilots?

Whether or not the crew’s ignorance of that system doomed the flight will be a conclusion I both eagerly await and dread with equal measure.