If anyone thought Qatar Airways chief Akbar Al Baker, eight months into a Gulf blockade on the carrier, might choose to adopt a more diplomatic tone while addressing the international press, they must have been barking.

Al Baker, in Toulouse to receive the first Airbus A350-1000, had prefaced remarks on the situation by suggesting the delivery ceremony was not a forum to discuss dispiriting affairs of state.

“I don’t want to get too political,” he began, before immediately rendering his proclamation obsolete by launching into a defiant tirade against those who had imposed and supported the blockade.

The crucial question was not the effect of the action on Qatar, said Al Baker, but the sum total of objectives achieved by the country’s opponents. 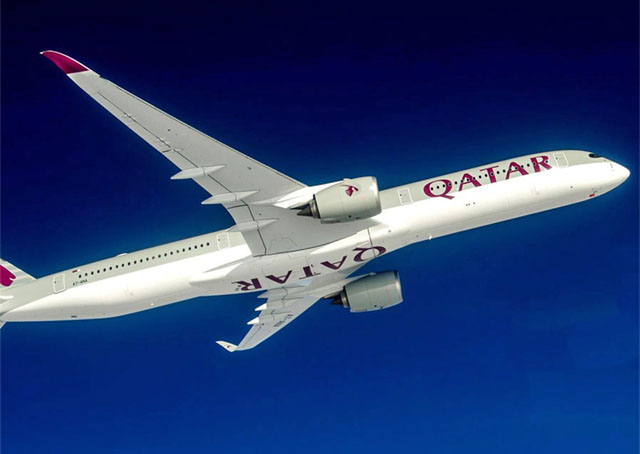 “In every single aspect they failed. They made Qatar more independent, more resilient, more robust, and made Qatar stand six inches higher than any of those adversaries.”

The International Monetary Fund has given credence to this viewpoint by indicating that, after the initial shock of the rift had subsided, Qatar was able to reroute trade, find alternative supply sources, and mitigate the financial squeeze.

Qatar Airways has been forced to react by restructuring its network and redeploying its fleet, but there is little indisputable evidence, at least in public, that the airline is suffering. Quite the opposite, Al Baker claims, suggesting that Qatar’s competitor carriers are really the ones in decline.

“There will be pressures on our operating costs, pressures on our bottom line, which I have already not shied to speak about,” says Al Baker. “But at the end of the day we’re a very robust airline.”

Orders for widebody airliners and freighters, the revamp of an Italian airline, investments in foreign carriers, and multiple route launches are hardly a sign of surrender.

But the same could have been said for Gulf neighbour Etihad Airways, still extracting itself from a strategic mire on the other side of the blockade fence.

If ambition, bluster, indignation, and a stern stare were sufficient to guarantee an airline’s health, Qatar Airways would surely be unrivalled. They are not. Al Baker might not be a poster child for humility, but he must ensure public arrogance is firmly balanced by private wisdom.