Even for a programme with a history as chequered as the A400M, Airbus chief executive Tom Enders’ latest critique of the troubled airlifter was astonishingly frank – and packed with intent.

Normally, bosses fall back on the stock statement that development programmes are complex and unpredictable. By contrast, Enders describes his company’s initial development and production contract for the Atlas as its “original sin”. Not only was it wrong to let customers impose the selection of an unproven engine, its further decision to accept liability for the TP400 was an “incredible blunder”, he believes. 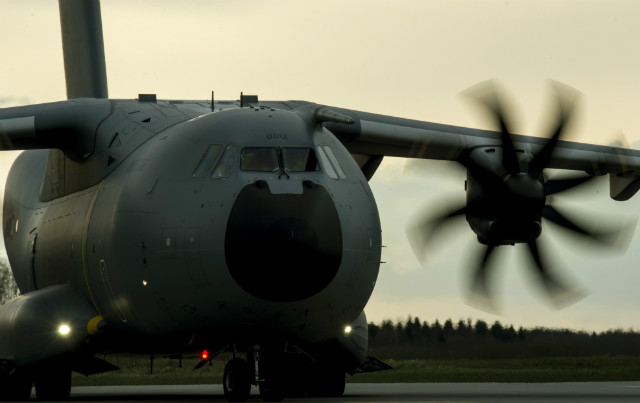 After signing a revised contract late last decade things seemed to improve, until a propeller gearbox fault hit operations and deliveries last year. According to the terms of its current deal, this left the company liable for liquidated damages, while its customers are also able to withhold programme payments as a result of the delivery delays affecting their fleets.

Delivering news of a total €2.2 billion ($2.3 billion) charge taken against the A400M last year, Enders called on operator nations to re-engage with Airbus to get the programme back on course. Several issues must be resolved, he says, but removing “entirely inappropriate” financial penalties appears to be top of the list.

So far, this does not feel like a repeat of the crisis which almost led to the demise of the programme around 2009-2010, although the reaction of Airbus’s customers – and their willingness to help a contractor falling short on its promises – has yet to be felt.

Chief operating officer Fabrice Brégier bemoans the company having to use revenues from its high-flying commercial division “to invest in loss-making in defence”, but critics might suggest that it cannot expect to go cap in hand to European taxpayers every time its flagship military product veers off course.

Enders’ reference to red tape and bureaucracy among its customers and Europe’s OCCAR defence procurement agency does, however, feel like providing valid support to his plea for mitigation. And unless firm action is taken, efforts to introduce vital tactical capabilities and get the delivery schedule back on track will be hindered, and Airbus’s hopes to widely export the Atlas cannot become reality.

The A400M should be a European success story, but for now it remains a cautionary example of why multinational procurement programmes can in reality be a nightmare for all involved.