On the surface, this year’s Airshow China was much the same as in 2016. A Sino-Russian joint venture had a mock-up of a new widebody, the CR929, and the Comac ARJ21 garnered its customary orders from a Chinese lessor. Western suppliers had their usual big presence, jockeying for workshare on Chinese programmes.

But in fact, a great deal has changed over the past 24 months.

A US-China trade war has escalated, although it has yet to have much impact on the former’s aerospace firms. While Beijing has ratcheted up tariffs on smaller aircraft, it appears – so far – loathe to do so for the big jets going to its state-controlled carriers.

At Zhuhai, the big Western firms made obligatory public relations remarks about valuing Chinese partnerships and opportunities, but the long-term challenge Beijing represents can no longer be ignored. 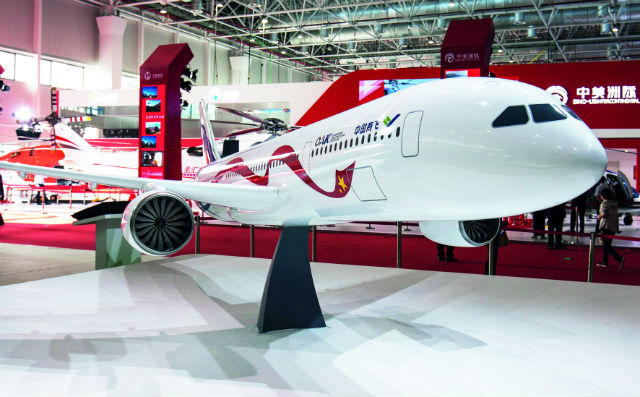 On the flagship CR929, local and Russian suppliers will be favoured over Western ones, ostensibly due to concerns about tariffs and other restrictions. Left unmentioned is Beijing’s continued ambition to build its own aerospace industry.

The show followed damning remarks about China by US Vice President Mike Pence. Among other things, he accused Beijing of stealing foreign industrial secrets.

Shortly after the speech, the US Department of Justice levied charges against alleged Chinese spies, accusing them of appropriating confidential information from US aerospace companies.

Beijing’s relaxed attitude to intellectual property has long been an issue for industry, but the US allegations raise uncomfortable questions for the future.

There are already hints about how Chinese aerospace supremacy will change the sector. One comes from the unmanned air vehicle industry, where, unbridled by restrictive treaties, Beijing has sold hundreds of armed UAVs, including some to dubious regimes.

Another such hint comes from Beijing’s tremendous investment in advanced weapons, sensors and secure networks. To a large degree, such capabilities are being enabled by Western technology transfer.

Having profited from its rise, Western aerospace firms will find it uncomfortable viewing Beijing as an existential threat. But an urgent re-think of China’s role in the global aerospace sector is essential. It is time to drop the fantasy that it is a benign partner, and see it as a rival that plays by its own rules.