OPINION: What to expect from UK defence review

It might barely have registered in the minds of the British public ahead of the May general election, but the future direction of the UK’s armed forces is within weeks of again dominating the news agenda.

Collective jaws dropped five years ago, when the then-coalition government unveiled the findings of its Strategic Defence and Security Review (SDSR).

Against a backdrop of financial austerity, this forced an early demise for the BAE Systems Harrier GR9/9A ground-attack aircraft, and axed BAE’s Nimrod MRA4, relegating an island nation’s maritime patrol aircraft capability to a “nice-to-have”. It also contained a baffling, and ultimately short-lived, proposal to make a late switch from the short take-off and vertical landing version of Lockheed Martin’s Joint Strike Fighter to the carrier-variant F-35C.

With a new SDSR to reveal the government’s latest five-year plan for defence next month, what surprises might be in store this time?

Defence ministers say this review is about capability, not cost-cutting, and a promise to maintain spending at NATO’s suggested minimum of 2% of GDP was seen by many in the military as a small victory.

Speaking at the Royal Air Force’s Waddington base in Lincolnshire in early July, Prime Minister David Cameron proclaimed: “Now we know how much we will spend; what matters next is how we spend it.”

Wise words indeed, these were delivered at the UK’s hub for operations involving surveillance aircraft and remotely piloted air systems, giving a strong hint that this mission area might fly around fleet reductions.

Such emphasis on the current fight in the Middle East is in some ways a sideshow, as the UK’s ability to perform high-end, large-scale warfighting has been gradually eroded over the last decade, with the Jaguar, Sea Harrier and Tornado F3 also having left use.

Today, the RAF has eight squadrons equipped with manned strike aircraft, and the looming transition from its offensive platform of choice – the Panavia Tornado GR4 – to a swing-role Eurofighter Typhoon and combat-capable F-35 appears fraught with schedule risk. 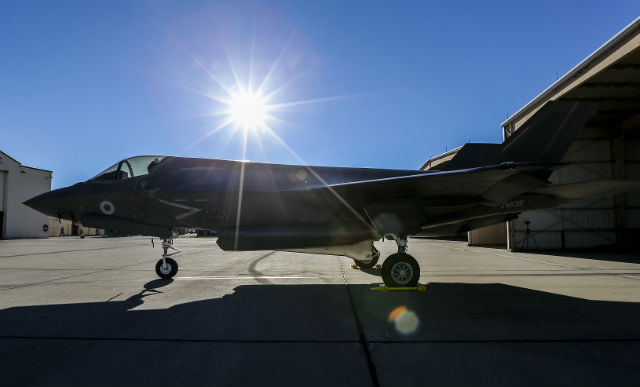 Will this be the SDSR where a fanciful-looking plan to buy 138 Lightning IIs finally gets trimmed? Funds could be diverted to a new maritime patrol aircraft; most likely the Boeing P-8A Poseidon, and to order AH-64E attack helicopters, rather than splash out a possible $3 billion on a complex remanufacturing for its Apaches.

Given the surprise outcome of the 2010 review, it’s anyone’s guess.