Anyone who thought the challenge of bringing the CSeries and the newly-rebranded Global 7500 to market over the past five years had robbed Bombardier of competitive pluck in other markets was in for a big surprise as the EBACE show opened in Geneva.

There, in a shocking display of fait accompli, was the new Global 6500 – flown unnoticed across the ­Atlantic, powered by Rolls-Royce Pearl 15s that achieved engine certification five months earlier.

In an era when flight tracking sites monitor every ­aircraft using a working transponder, it was a remarkable trick to keep the entire programme hidden under a cloak of absolute secrecy for so long. 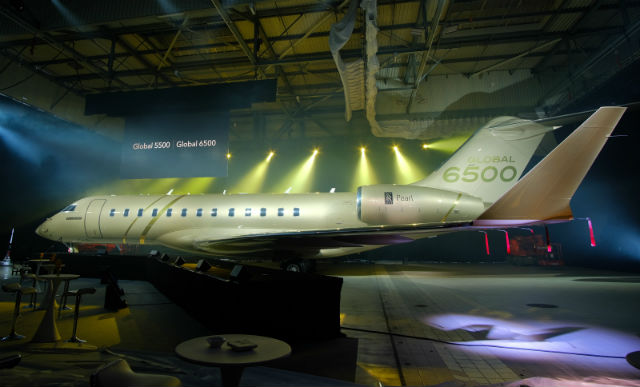 Bombardier and R-R had faced lingering questions almost since the Global 5500 and Global 6500 were launched in secret six years ago.

Bombardier executives were quizzed on how they intended to respond to the competitive threat to their Global franchise posed by Gulfstream’s impressive G500 and G600, launched in 2014. Their accepted ­answer was that the company was focused on delivering the late-running Global 7000 (now 7500).

For R-R, the question was always how it intended to stay competitive in the business jet market after losing campaigns to power the Global 7500 to GE Aviation and the G500 and G600 to Pratt & Whitney Canada. It said it remained committed to the business jet market and continued to invest in the next generation ­Advance2 engine – which always seemed insufficient. In fact, the real answer had been hiding in plain sight for months at Bombardier’s flight-test centre in Wichita.

But only the sharpest spotter would have noticed the subtle difference in the trailing edge of the wing that gave away the identity of the first Global 6500 testbed: the new Pearl engines fit into nacelles with exactly the same design as the Global 6000’s BR.710s.

As Airbus works to finalise a joint venture with Bombardier that transfers ownership of the CSeries programme to Europe, the timing of Bombardier’s EBACE surprise could not have been better.

Its leadership of business aviation’s high-end jet market now appears as strong as ever, with three new products due to enter service over the next three years. Its grip on the middle of the market also looks secure for now, with the Challenger 350 and 650.

While the fate of its Learjet family is unclear, Bombardier’s business aircraft division may have the resources and leadership to address that problem after 2021.