OPINION: Why Rolls-Royce must hope class is permanent

Rolls-Royce, so long a byword for engineering ­excellence, is currently struggling to maintain its image as a finely-calibrated machine.

Compressor and turbine blade durability issues – ­particularly on the lucrative Trent 1000 powering the Boeing 787 – have conspired to deliver an almighty headache for the UK-based propulsion specialist.

Already facing up to the likely complications and costs that Brexit will entail, this is a self-inflicted injury that the company could well do without.

The problem is not cheap either: R-R says that the additional charges it has faced to return affected Trent 1000s to a serviceable condition offset an increase in 2017’s underlying revenues from higher deliveries of large engines.

In addition, needless pressure has been added to the company as its various production and development programmes compete for engineering and testing ­resources. Delays to the Trent 7000 were almost certainly the most visible consequence.

Of course, the company is not alone in having ­powerplant problems – Pratt & Whitney has had well-publicised travails with its geared-turbofan range and GE Aviation also had teething troubles with the GEnx.

R-R is confident that the durability problem will not also appear on the Trent XWB for the Airbus A350 (below), which has so far had a largely flawless service entry. 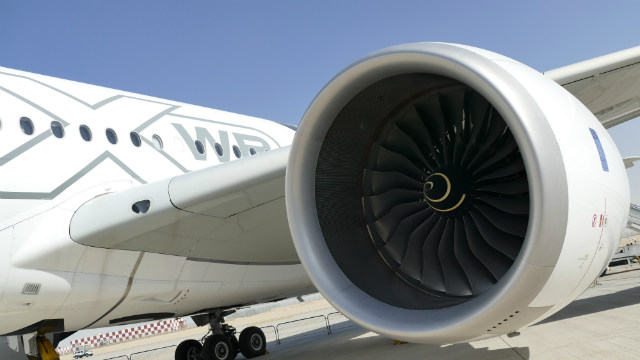 And on paper, the Advance and UltraFan development programmes promise significant improvements for R-R’s next generation of powerplants.

But the fact remains that its reputation has taken a knock from the Trent 1000’s woes. Whether this will have a long-term impact remains to be seen.

The reaction in Seattle to the situation may be crucial. The 787 is the only Boeing aircraft on which R-R has a presence, and the Derby manufacturer cannot ­afford to be excluded from future developments.

Boeing will be irritated as it copes with irate ­Dreamliner customers, and the airframer may well be considering whether to revert to its single-source instincts on the company’s next aircraft.

With its New Mid-market Airplane, Boeing is promising to move the bar in operating economics.

Key to that aim will be advances in propulsion technology to provide fuel-burn reductions – but of equal importance will be maintainability and durability of the engines it picks. R-R must be hoping that its current stresses are seen as no more than a hiccup.