OPINION: Why Stockholm must dig deep for defence

It is astonishing to think that at the height of the Cold War, the world’s fifth-largest air force belonged to non-aligned Sweden.

Spurred on by the threat of imminent invasion by Soviet hordes, its industry became a pioneer in developing aircraft and other systems that were perfectly adapted to its national defence needs. 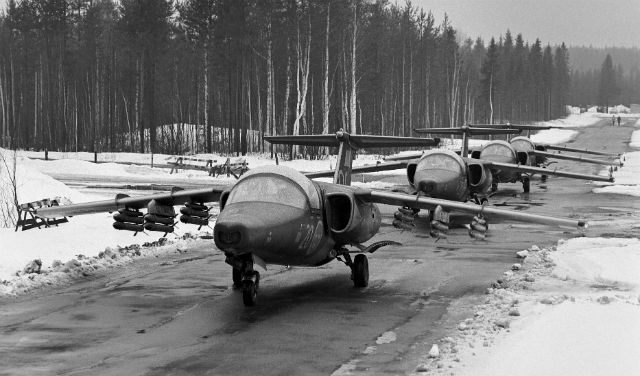 The world changed, and Stockholm shifted focus to prepare its forces for expeditionary operations: sending non-combat troops to Afghanistan and flying reconnaissance missions with Gripen fighters over Libya. At the same time, it reduced scale, from a mobilised force of around 800,000 to roughly 50,000 today.

But facing a renewed threat from Russia, Sweden is reverting to a Cold War-like defensive posture, with more operational fighter squadrons – albeit only six – and increased readiness. But tough choices lie ahead, with only 60 new Gripen Es on order – a roughly one-third reduction from its current fleet of 96 C/Ds – and much of its wider air force inventory in need of replacement, since it dates back to the real Cold War.

As is the case in all nations, politicians want their military to approach any challenge with a “can-do” spirit that often defies related equipment levels: saying “no” is simply not an option. But in Stockholm’s case, in the future, the nation can only get what it is willing to pay for.