OPINION: Why the MRJ should be at Le Bourget

Mitsubishi Aircraft’s new president has surprised many an industry watcher by unveiling a plan to bring the company’s troubled MRJ90 to the Paris air show in June.

Revealing that the Japanese airframer wants to call on one of its current flight-test assets from the Moses Lake site in Washington state, Hisakazu Mizutani says a debut appearance at the year’s main industry gathering at Le Bourget would “give a lot of confidence to people around the world”.

With Mitsubishi having confirmed a two-year delay to its programme earlier this year, few expected that it would consider risking further disruption by moving one of the test aircraft to Europe. Amid redesign work and with perhaps two additional prototypes to be built, a trade show commitment would surely be a needless distraction three years away from service entry. 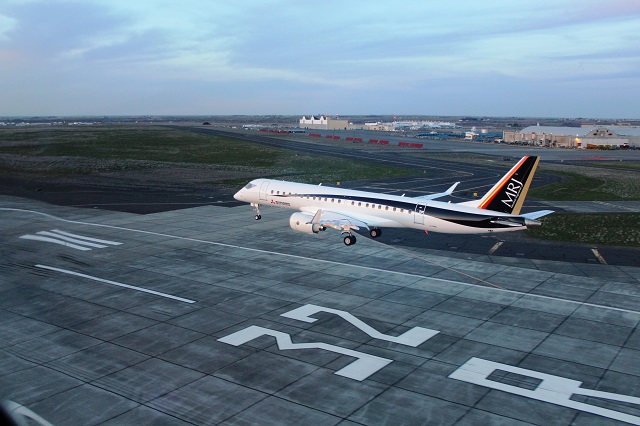 There is a clear parallel to be drawn, however, with Bombardier’s decision to bring a pair of CSeries jets to Paris in 2015, when its flagship product was in the depths of a development and financial crisis. While it did not result in immediate sales, the appearance raised the Canadian airframer’s profile and credibility at a critical moment.

Events could yet conspire to thwart a Parisian debut for the MRJ, but many would welcome the chance to see the ambitious product up close.