OPINION: Why US protectionism is bad for everyone

The home of the free market has always had an ­ambivalent attitude to foreign competition, from Japanese cars threatening Motor City in the 1970s to cheap imports squeezing farmers. The USA may be a consumer paradise, where ordering a pizza requires a baffling array of choices – but the customer sometimes takes second place when American jobs are at stake.

Ugly protectionism is rearing its head in aerospace – on two fronts. First, there is the bid by three US airlines to prevent their Gulf counterparts luring Americans with – heaven forbid – a better product. Emirates, ­Etihad and Qatar Airways, they say, can do this because they receive backdoor help from their governments.

Second, there is the lobby to stop the US Air Force selecting MBDA’s Brimstone, a more capable air-to-ground alternative to the Hellfire, and, unlike a possible US replacement, available now. Despite the European missile house’s proposal to move production and design authority to its US unit from the UK, MBDA fears it will be rejected, mainly for being viewed as foreign (or, worse, French).

The case made by the US airlines and their union backers is flimsy, and reminiscent of the mood 40 years ago as Americans swapped gas-guzzling Buicks and Fords for Toyotas and Hondas. The Japanese, who had finessed mass automotive production and paid their workers less than Detroit, were accused of dumping. This time, Gulf governments are damned for underwriting their flag-carriers because, for example, they don’t recognise unions and can pay their staff less, and because they have invested in giant desert hubs that are cheaper to use for their airlines – and everyone else – than big airports in North America or Europe.

No-one pretends the sheikhdoms and their carriers do not share a mutual interest. In each case, airlines are state-owned and tools for driving economic growth. But what the Gulf carriers are really guilty of is devising a clean-sheet business model, based on exemplary customer service on new aircraft, and hubs at the crossroads of the world’s main trade routes. 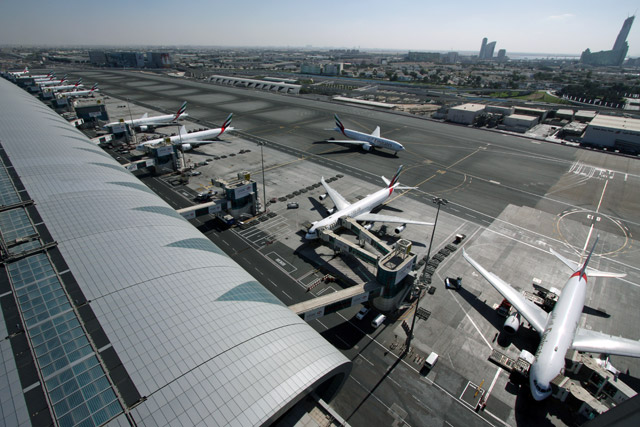 On the defence side, while security concerns will always entail some domestic protectionism, the import door is rarely ajar for the USA’s allies – all of whom buy equipment from US contractors. Witness recent failures: the US101 presidential helicopter, a no-bid for an Air Force One replacement, the Airbus A330 tanker.

In these cases, protecting American jobs by restricting competition means the American customer – whether the Texan travelling to Thailand or the air force chief seeking best-value equipment – gets a rawer deal.