OPINION: Will Franco-German fighter be a winner?

Only a month ago, the suggestion of fierce fighter manufacturing rivals France and Germany joining formation to develop a successor to the Dassault Rafale and Eurofighter Typhoon felt like industry kite-flying.

All that has changed, though, with French President Emmanuel Macron and German Chancellor Angela Merkel having affirmed their intention for the nations to work together on a range of defence programmes, with a next-generation fighter among them.

While their industries have aligned on projects like the Airbus Helicopters Tiger and NH Industries NH90 rotorcraft and Airbus A400M tactical transport, combat aircraft sales have always been seen as worth fighting for separately. Indeed, the Rafale was created after Paris saw its operational needs diverge from the Eurofighter partner nations several decades ago. 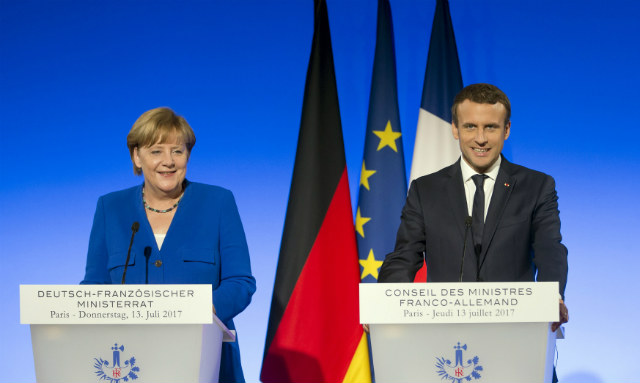 If Macron and Merkel are right, a Franco-German fighter will be more capable than today’s offerings, and also pack a greater punch on the export stage.

But what of the UK? Early this decade, then-prime minister David Cameron and French president Nicolas Sarkozy forged tight political and military links under what some dismissed as an “entente nécessaire”.

While some will relish the prospect of Britain setting its own course towards a future fighter without Europe, what might Franco-German ambitions mean for, say, Airbus commercial wing manufacturing in the UK?