OPINION: Will MH17 investigation report mean justice for all?

The long-awaited Dutch Safety Board investigation into the July 2014 crash of Malaysia Airlines flight MH17 in eastern Ukraine makes for sombre reading.

The Dutch investigators concluded, of course, that the Boeing 777-200 was shot down by a surface-to-air missile, and specifically by the warhead of a weapon fired from a launcher of the Buk M1-2 missile system in separatist-controlled territory.

There could hardly have been any doubt before the report was released about the role that the Buk system played in the crash, as a multi-national joint-investigation team conducting a criminal investigation had already established the raw facts. 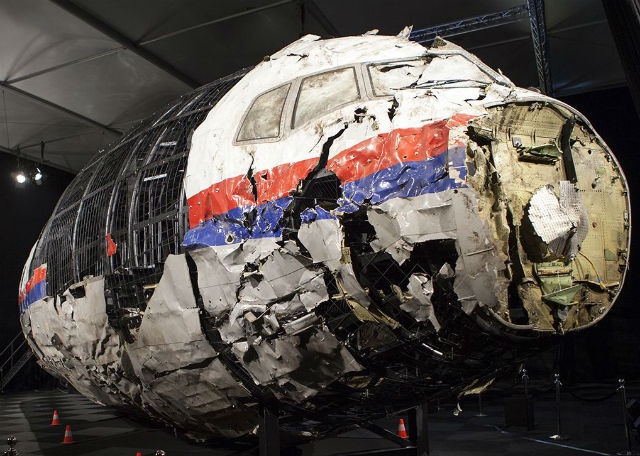 Earlier this year, the team released a video of their evidence – obviously drawn from intelligence sources – showing shaky mobile phone footage of a Buk system in the area where MH17 crashed. Audio clips of intercepted calls between Ukrainian rebels confirmed the threat’s presence, along with a frantic effort to shuttle the vehicle across the Russian border hours after the Malaysian airliner crashed.

Ideally, a criminal investigation should go beyond identifying the weapon system involved. It should also assign specific blame to an individual or group who committed the crime, along with those who helped.

Unfortunately, this seems impossible in the case of the MH17 inquiry. The Russian government vetoed a UN resolution last July that would have set up an international tribunal. The terms of the UN charter would have compelled Russian authorities to co-operate with such a court, turning over any evidence or documents identifying individuals responsible for the disaster.

That action leaves the joint investigation team with few options in order to seek justice. In theory, the team could pursue charges through the International Criminal Court or via a commission of nations with passengers on board MH17 – which includes Malaysia, the Netherlands, Australia, the UK and others.

But unlike in the case of a UN-sponsored tribunal, Russian authorities would have no legal obligation to participate or cooperate in such a process.

The MH17 safety report reliably explains what happened to the aircraft and its 298 passengers and crew. Barring a change at the top of the Russian government, we may never know specifically who did it – or why.