In March 2020 – 21 years after the start of my flying career – I found myself unemployed, scrabbling to find my purpose.

Most pilots have a similar beginning to their story. We are obsessed from a young age with anything that flies, and become focused on getting our hands on the controls of an aircraft. 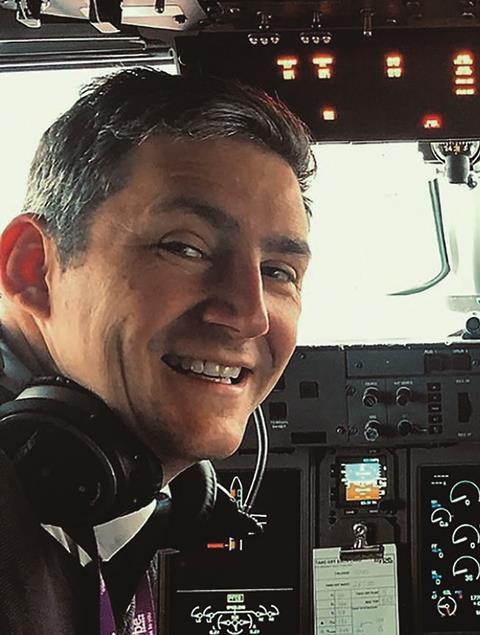 Hudson was made redundant after his employer shut down before pandemic

As a young boy, I was no different; I spent every waking hour launching anything I could into the air to see if it would fly.

My attainments at school were mixed – not least failing a crucial Spanish exam – but ultimately allowed me to enter the University of Edinburgh.

It was there that I re-discovered my passion for flying and the freedom that it gave me. I found escape in accelerating down the runway, pitching up into the blue, bursting through the clouds, rolling and twisting through the sky.

It was exhilarating, and it allowed me to alter my state of consciousness – I could leave the stresses and strains of life firmly on the tarmac.

I excelled in my flying training, particularly aerobatics, and was determined to be a pilot in the Royal Air Force.

However, it transpired that I was not cut out to be at the controls of a fast jet. After I was brutally “chopped” I distinctly remember standing in the shower in the Officer’s Mess, sobbing. My dreams were in tatters, I had failed.

But I was determined to fly, re-mortgaging my parents’ house to finance becoming a commercial pilot. Two years later, I found myself in the right-hand seat of a commercial airliner. I had finally made it, proving to myself and my doubters that I was capable.

For the next 12 years, I was in heaven: my job gave me everything that I had wanted; a good salary, a familiar home base, an extremely capable aircraft but, most notably, a sense of belonging and camaraderie that I had not previously experienced.

It was the people I was surrounded by that made work so unique. We all had a common goal; get the passengers from A to B as safely as possible and do it with a smile on our faces, together.

This was a family with which I could openly laugh and cry, all within the period of one shift. Without my crew, I was nothing. If I was late, we were all late.

I became a captain, a training captain and a mentor, and was emotionally fuelled by these human connections.

The training role allowed me to operate with keen, positive people who were eager to learn. And when people were struggling to land or too stressed to make time-critical were feeling decisions, I was able to show them hope.

Eventually I was offered a role as a flight data monitor, investigating events and trends from data received from the aircraft’s recorders.

I looked at why pilots were perhaps operating the aircraft outside of the usual parameters, and it was natural for me to always start an investigation by asking “how are you?”.

That simple, open question gave me an insight into why pilots were behaving in a certain way: I would find that there was always more to it; there was always someone having an issue at home, suffering from chronic stress, fatigue or relationship concerns. In aviation, these human factors, as we call them, can compile and compound to create safety-critical failures.

But on the night of 4 March 2020, it all ended – the airline went into administration, and as I said goodbye to the last passengers, holding back tears, I knew that the dream was over.

At first the shock of the event carried me through, and then came disbelief, anger and pain. But as the days unfolded and the world went into lockdown, I started to spiral downwards. I was completely numb. I felt worthless, lost, angry, scared, lonely, frustrated and desperate to do anything that would get me flying again.

I felt emasculated because my spouse would now be the breadwinner and ultimately I realised that my role had completely defined me. What was I now that i was unemployed?

The redundancy process was like a divorce that I didn’t want. I was spat out by an industry that I loved dearly. I was heartbroken. I couldn’t see the hope.

My wife is my rock, and she quite rapidly spotted the signs of my mental health decline. I started drinking more, stopped talking to my friends, became irritable, suffered from bouts of depression, and would spend hours in the bath wallowing, largely in self-pity. I went tech. I broke. I was unserviceable. She held me, she supported me, she cried with me, she hugged me and… she showed me hope.

There I was, a middle-aged man, a father of four, with a ridiculous mortgage, bills coming out of my ears, but with no job and no income. Plus I am male, have a family history of bipolar and suicide (an uncle took his own life when I was a child). In other words, I fitted the perfect demographic for being at risk of suicide.

Thankfully I never got to the point where I needed to choose whether I wanted to live or die, but my journey had started, and without the appropriate support, I could see how easily it might become a destination.

Naturally, I have always been inquisitive, trying to help people find solutions to their problems, but I have discovered that people don’t always need answers; often they just need to be listened to and be heard.

Who knows if I will ever fly again? I would like to think the dream isn’t over, but I have found that there is more to life than being defined by what we do. 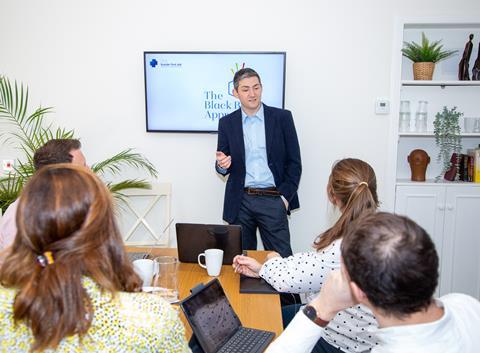 No longer flying, Hudson now teaches about the importance of mental health and suicide prevention