Why B-52 remains strategic champion

Second World War dust was still settling when, in late 1945, the US Air Force (USAF) called for a new strategic bomber.

Many design iterations followed, reflecting the rapid ratcheting up of range and speed expectations at the dawn of the jet age. But the ultimate result, Boeing’s B-52 Stratofortress, has been the most enduring – if not iconic – military aircraft ever. Think Cold War and the Strategic Air Command, the ­annihilation air power doctrine of General Curtis LeMay, endless tonnes of conventional explosives ­pummelling Vietnam and, in a chilling, thrilling moment of art mocking life, the end-of-the-world as delivered by Dr Strangelove.

The USAF is preparing another round of upgrades to its fleet of B-52Hs – the last of which was delivered in October 1962 as the Cuban missile crisis unfolded – to keep them thundering into the 2050s. But in this age of long-range missiles, hypersonic speeds and stealth technology, is the B-52 still relevant? 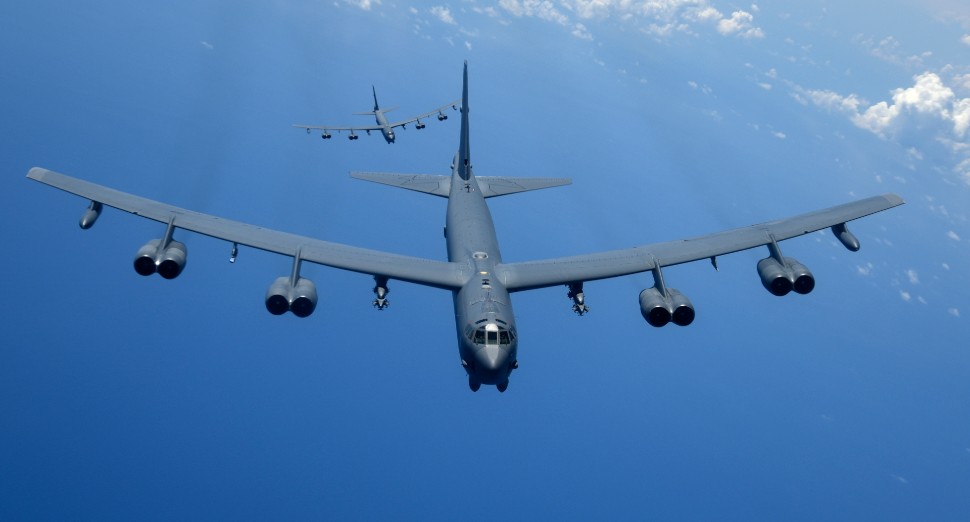 The simple answer is yes. In terms of range and payload, the B-52 is in a class of its own. It has also proved immensely versatile over time. And, critically in combat, the B-52 is robust; when called upon to fly a mission, the aircraft is ready to go. Stealth jets cannot boast such reliability – and, anyway, anti-stealth technologies are increasingly neutering their signature capability.

The big, lumbering B-52 will ultimately outlive much sexier platforms such as the fast Boeing B-1 and stealthy Northrop Grumman B-2, both of which are to be replaced by the Northrop B-21 Raider – though whether that fast and stealthy platform, expected by around 2025, outlives the B-52 remains, of course, to be seen.

The B-2, which in external profile resembles the B-21, has seen barely 20 years’ service. If the B-21 reaches that milestone, the B-52 will be approaching its centenary and, as plans stand, still be flying.

In one sense, the story of the B-52 draws an arc from the earliest days of military ­aviation to Armageddon. From observation duties and then bomb-dropping, to delivering weapons of increasingly destructive power via B-17s, B-24s and B-29s – the first nuclear bomber – to the B-52s that are still with us today, along with a whole arsenal of tactical nuclear weapons that promise mutually assured destruction.

With any luck, we will pop corks to mark the 2052 service centenary of this remarkable aircraft. The alternative is that the B-52 will have been put to its original purpose.