Why hydrogen fuel is the only viable way to decarbonise aviation

Hydrogen is often thought of as a fuel for tomorrow, but with consensus its adoption could come sooner than many think, argues Stephan Uhrenbacher.

According to some parts of the industry, hydrogen as a fuel for commercial aviation is a distant prospect.

But the truth is, if you start with a turboprop aircraft, using an existing gas turbine engine, and operating in a regional environment, hydrogen use should be achievable in less than a decade, provided the industry fast-tracks its development. 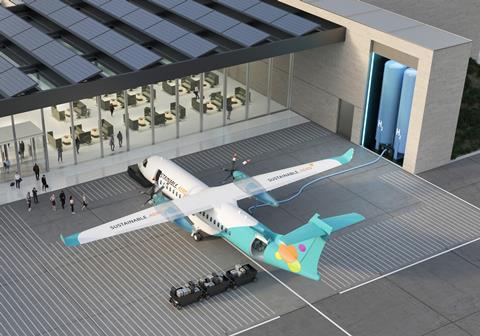 Regional aircraft are the obvious candidates for hydrogen power

Direct combustion of liquid hydrogen is the only real solution for the near-term decarbonisation of commercial aviation.

That might seem like a bold statement, but the alternatives are not practical if you want to move significant numbers of passengers on regional-length routes.

Take pure electric, for example. Here the range of an aircraft is massively restricted by the power density of today’s battery technology. Even with their current rate of improvement they will not be able to power a 70-seat regional turboprop for decades to come.

Hydrogen fuel cells, although zero-emission, have their own drawbacks, chiefly weight and heat.

A powertrain comprising fuel cells and an electric motor, plus all the additional components required – the so-called balance of plant – currently weighs about 10 times more than a typical modern gas turbine. And even the most optimistic weight-reduction scenarios suggest that a fuel-cell system will end up three times as heavy as a conventional engine.

Heat, however, is the real hot topic: while fuel cells at ideal scale can get to 60% efficiency, they still deliver about 40% excess heat, which somehow must be dissipated.

Few people are aware that gas turbines can run on pure hydrogen. Tests by NASA in the late 1950s proved the technology, and in the late years of the Soviet Union, a Tupolev Tu-155 airliner was converted to run partly on hydrogen.

Critics point to nitrous oxide (NOx) emissions from gas turbines, whereas a fuel cell is NOx-free. If hydrogen is used instead of jet fuel NOx is still a product of the combustion process, but this problem has been solved in other sectors: in gas fired power stations, NOx emissions have been reduced by a factor of 30 over the past decades.

While this effort has so far not been transferred to aviation, experts believe that a reduction at such scale is also possible in gas turbines powered by hydrogen.

Using a traditional airframe with a conventional engine allows us to focus on the key challenges of hydrogen, rather than becoming distracted by clean-sheet technology.

Hydrogen’s chief drawback is storage. While it has a high power to weight density, which makes it optimal for aviation, it also has a low power to volume density. Therefore, storage tanks need to be considerably larger than for jet fuel, unless the hydrogen is either compressed or cooled to a cryogenic state.

Cryogenic storage appears the most practical solution, although it will still require major investment to develop aviation-suitable tanks, a fuel distribution system, and a means of heating the hydrogen to a combustible state. 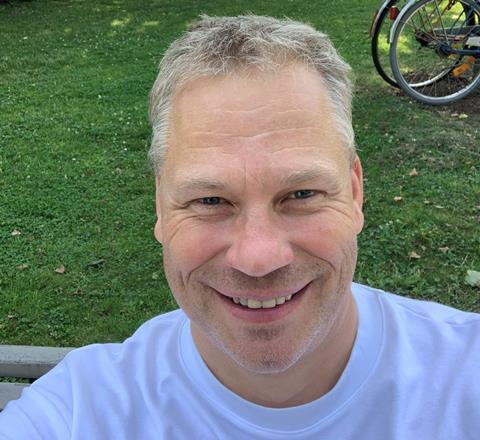 In addition, the infrastructure required to get hydrogen to airports also needs to be addressed – there is no point promoting hydrogen-powered aircraft if fuel availability restricts it to one or two locations.

Lastly, public perception around the risks of hydrogen – the Hindenburg factor, if you like – needs to be tackled. Hydrogen buses, trains and trucks are already operating safely in cities around the world. Properly designed, a hydrogen storage system will actually be safer than equivalent kerosene fuel tanks, posing significantly less risk to passengers in case of a tank rupture.

So while challenges remain to hydrogen’s adoption, none are insurmountable. If the industry puts its weight behind the technology, it could come sooner than you think.