Why resilience is key for aspiring airline pilots

In the latest contribution from the flightdeck, FlightGlobal takes a view from behind the cockpit door with a column from First Officer Daniel Lambeth, who flies the Airbus A350 for a legacy carrier in Southeast Asia

“Now what do we do?” If you are a commercial pilot at the moment, there is a good chance that you’ve been made redundant, furloughed, or at the very least signed-off on a sizeable pay cut, as airlines around the world try to navigate the economic fallout of Covid-19.

That career that you’ve worked so hard and for so long to achieve is approaching a deep stall, and if you have a family or any financial commitments, you may well be asking yourself: “Now what do I do?” 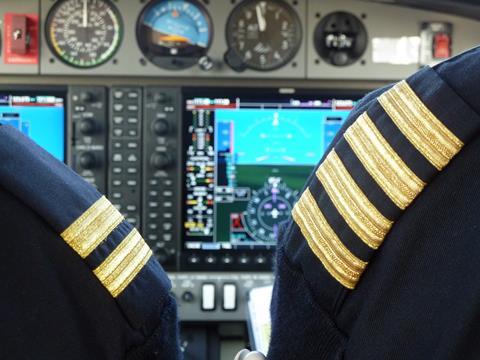 Even those still flying regularly will be concerned about their futures given that many international and domestic borders remain closed and no clear recovery is in sight; a global pilot shortage has, in the space of a few months, turned into a massive oversupply.

With every day more individual stories of hardship come to light, and a satisfying career to date is little consolation as this dreadful narrative develops.

But there is another group of people for whom the adversity is just as real, even while their aviation aspirations remain unfulfilled. The next generation of professional pilots, those who have invested heavily in their training in the hope of gaining airline employment, are questioning their futures and wondering whether they should stay the course or bail out now. And as a collective, they are wondering: “Now what do we do?”

As aviators, we tend to approach things in a calculated way, looking for and assessing alternatives and quickly formulating the best course of action based on the information at hand. Others, like scientists, have the luxury of time, and that allows them to collect all the evidence before committing to a position.

Although as pilots it is tempting to act based only on what we can see before us in the moment, this is a situation that requires a step back to look at the bigger picture and gain better situational awareness. That’s the advice I’d give to anyone questioning their career path at a time when we are all susceptible to getting caught up in the moment.

The industry has been through this before. In the immediate aftermath of the global financial crisis, the 9/11 terrorist attacks, and other crises before that, major airlines around the world ceased hiring, and anyone without a seat in a commercial jet airliner was left with two alternatives: work in a low-paid general aviation job waiting for demand to rebound, or give up on their aviation dream.

But after each crisis the industry recovered, and as demand for flying surged again, airline flight departments were given license to resume hiring. Those that stayed the course reaped the rewards, and not a single one of those pilots would ever talk about their pre-airline experiences in disparaging terms.

In a world more reliant than ever on the connectivity that aviation provides, we can be confident that history will repeat.

But that is not to suggest that recoveries are quick or painless: it took around six or seven years before hiring by major airlines in the US returned to levels seen before the financial crash and three years after 9/11 for passenger numbers to surpass pre-attack levels.

Remember, too, that not twelve months ago there was an acknowledged airline pilot shortage and the industry was expecting that 800,000 new flightcrew would be needed over the next 20 years. With a wave of retirements due, it would be folly to suggest that this demand has now vanished.

If there is one characteristic that serves airline pilots well throughout their careers, it is resilience in the face of adversity. Your career plans may be on hiatus, but those that take the opportunity to complete or extend their studies, learn a new aviation-related skill, get some, any, flying experience, and build resilience, will not be disappointed. History is on your side. There will be a recovery from the economic fallout of this pandemic, and you will be well-placed to capitalise on it.

If you are a commercial pilot or cabin crew and fancy writing for FlightGlobal then we would love to hear from you. Just send us a brief outline of what you’d like to cover and we will get back in touch. We are happy to use your contributions anonymously where necessary. Email: dominic.perry@flightglobal.com