Cynics might point to the LM-100J – Lockheed Martin’s in-development civil freighter – and conclude that all the manufacturer has done is give a Super Hercules a lick of white and blue paint.

The reality is slightly more complicated than that, but even Lockheed would concede that creating a commercial variant of the latest version of its venerable tactical transport was an obvious, low-risk move.

An earlier iteration – the L-100 – continues to fly missions for cargo operators seeking the low, slow and heavy performance that has made the C-130 a go-to for militaries around the world. 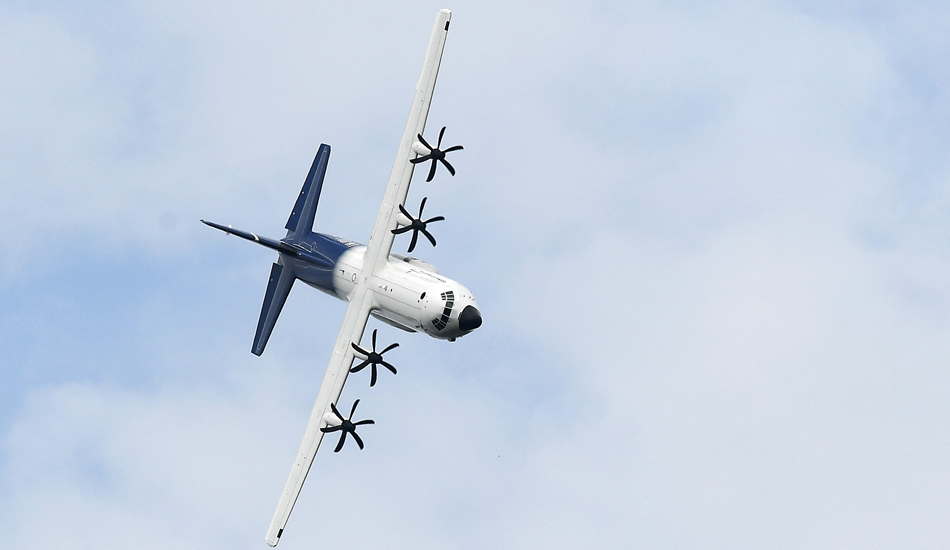 And as the aerial display at last year’s Farnborough air show demonstrated, the LM-100J is certainly agile for a delivery truck.

The fly in the ointment is that the L-100 never sold in prodigious quantities, presenting only a small target for replacement.

Around 60 examples of the earlier model are still operational, with ages ranging from 20 to over 50 years old.

Yes, there are other elderly fleets of freighters out there, mostly Soviet-era Antonovs, which are in dire need of replacement, but again, the quantities are not huge.

Commitments thus far have been sparse: just five firm orders have been placed, with another 20 aircraft covered by tentative deals.

However, focusing solely on sales numbers partly misses the point: if Lockheed can churn out civil freighters on the same line as the C-130J, then it represents a sensible use of production capacity and a decent return on the modest investment required to achieve certification.

As gambles go, while not a sure thing, is at least playing for low stakes. And while the ability to perform loops is unlikely to find much use in the real world, it has at least enlivened an air show circuit threatening a descent into tedium. Here’s to the Herc!