A320 family continues to deliver for Airbus as widebodies stall

Within the space of a couple of weeks at the beginning of autumn Airbus oversaw two contrasting events which illustrated the frustratingly capricious nature of air transport and the delicate balance of circumstances which influence the industry. 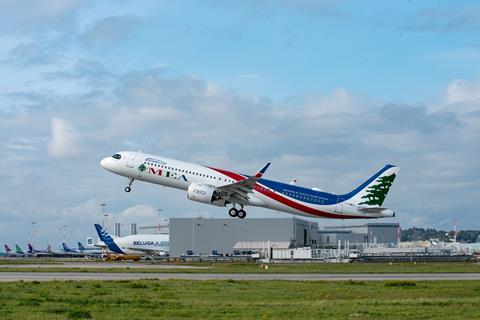 Airbus rolled out its final A380, MSN272, from the Toulouse production line’s station 40 – the combined point at which the jet is fully assembled, bar the engine installation – leaving the facility empty, just 16 years after the first test-flight aircraft, MSN001, emerged.

The airframer had already called time on A380 production a year before the pandemic-driven crisis which – having curtailed A380 fleets at several carriers – would almost inevitably have forced the decision.

But the A380 facility will not remain dormant. Airbus intends to convert it to house a modernised assembly line for its A321neo, an aircraft which occupies a place on the opposite end of the popularity spectrum.

Airbus has formally handed over an A321neo bearing the numerically-significant MSN10000, to the same customer – Lebanese flag-carrier Middle East Airlines – which took MSN5000, an A320 transferred to the Beirut-based operator in January 2012.

Mhun has seen the high and low points having joined the manufacturer, as vice-president of the A380 programme within customer services, just after the first airframes were completed in 2004.

The son of one of the first A320 captains, his role as programmes chief means he oversees the single-aisle range that Airbus originally forecast would reach 600 sales.

Since that initial customer acceptance, Airbus has seen a “permanent acceleration” of single-aisle deliveries, adds Mhun. It took 11 years to hand over 1,000 A320s but less than four to reach the same mark with the re-engined A320neo.

Airbus had delivered 9,529 A320-family jets by the end of September this year, and Mhun acknowledges that – owing to “industrial sequencing” – the MSN10000 airframe is not technically the 10,000th example to be taken up. The airframer had already quietly delivered MSN10001, an A321neo to Air China, and MSN10002, an A320neo to Iberia, from Hamburg and Toulouse last year.

Airbus sometimes assigns test serial numbers to components or projects outside of the jets on the physical assembly line, including simulators. The airframer is also shuffling hundreds of aircraft positions – as it did in 2008-2009 – to maintain its delivery stream during the current crisis.

But it has also been using some serial numbers for the pilot phase of a project to ensure that its systems, and those of its suppliers, can cope with the change from four to five digits.

Mhun describes the airframer’s first five-digit MSN delivery as a “reference”, and points out: “It’s one number out of 15,000 aircraft ordered.”

The precise figure of 15,577 at the end of September puts the A320 family some 830 aircraft ahead of the Boeing 737, and makes it the most popular commercial jet in terms of orders – although deliveries lag its US rival by about 1,100 aircraft.

“Customers believe in the future of [the A320] programme,” says Mhun, adding that Airbus is investing around €2 billion ($2.3 billion) per year in enhancements for the family.

NARROW FOCUS OUT OF CRISIS

Single-aisle production will be a focus for Airbus, as this sector is set to lead the crisis recovery. “I think the [A320neo family] is a good answer to the uncertainty we’re in – airlines using them to open new routes, point-to-point, and long-range operations,” Mhun states.

Weakness in the twin-aisle sector, exacerbated by the pandemic, and fragmentation that has resulted in smaller aircraft being introduced on long-haul routes has spurred Airbus to maintain the development schedule for its A321XLR – the longest-range version of its largest single-aisle jet, due for flight tests in 2022 and service entry in 2023.

“We’ve protected the project,” says Mhun. “We’re still on the same milestones. We’ve had discussions with airlines, they still want to get [A321XLRs] at the time they were expecting them.”

He believes the aircraft, which will feature a large aft centre fuel tank to provide its 4,700nm (8,700km) range, will “bring a lot of value in the current situation”.

“It’s one of the priority projects where we’re still full-speed ahead,” he adds. Metal cut has commenced for the crucial aft tank, and structural sections are starting to be assembled. Airbus is testing and utilising its new digital design, manufacturing and services tools on the project to help model the assembly process.

“It’s not only about the product, but the efficiency of the end-to-end industrial process,” says Mhun.

Airbus still has a backlog of more than 3,000 A321neos, but monthly single-aisle production has been pulled back to 40 aircraft, a slowdown which came just two months after the airframer had been exploring ways to nudge output further than the 63-per-month planned for 2021.

This has forced Airbus to shelve the conversion of the Toulouse A380 facility into an updated A321neo line.

“The question is not any more about adding capacity but to deliver at the rate we’ve decided to deliver,” says Mhun. He says the A321neo assembly line project is “on hold” and will be revived once the market justifies it.

He indicates, however, that the easing of production rates has bought time for the company to address industrial problems that had hampered A321neo ramp-up and deliveries, after the aircraft’s increasing range generated demands for new interior configurations compatible with long-haul travel.

“We allocated a lot of energy to think about end-to-end industrial efficiency,” says Mhun. This involved putting “value-stream management” in place, bridging the development and industrial systems, from the suppliers to the various plants and the final assembly line.

Evidence that this was generating the necessary results emerged in the early months of 2020, he says.

“Then, for sure, we were trying to use the reduction of production rates to go further, to another element of stabilisation – ‘quality first’ – targeting high quality standards,” he states. The airframer has been able to revisit processes and “de-bottleneck” the system, as well as “raise the bar” on quality.

Mhun says the combination of these strategies will result in a “positive situation” when A321neo production starts increasing.

But he is mindful of the economic pressures on the supply chain while the crisis persists, and says the airframer has directed “a lot of government support” to this chain, to help ensure that they do not slip into trouble before they are needed for ramp-up.

WHEN WILL PRODUCTION RAMP UP?

With the prospects for a substantial return to intercontinental flying still unclear, Airbus is yet to commit to restoration of twin-aisle production rates.

It has halved monthly A350 output to five aircraft, while the A330neo line is ticking over at two. The airframer, which delivered 14 twin-aisle jets in the first two months of this year, handed over just 18 in the following six months – and none at all in July. 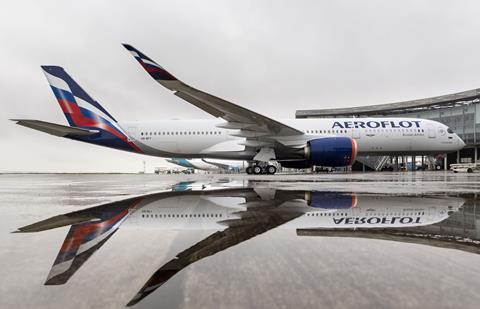 Airbus has halved A350 monthly output to five units

Mhun says Airbus’s models are predicting 2023-2025 to be a “reasonable window” for recovery in widebody activity, but points out that “100% of A350-1000s are flying” – discounting a few for Etihad Airways, which were already being parked before the pandemic struck.

Airbus estimated, at the end of July, that it had 145 undelivered aircraft. But chief executive Guillaume Faury believed this would be the “high point” for parked jets, and that the level would start coming down towards the year-end.

Mhun says he cannot predict when Airbus – which still has nearly 60 conventional A320s in its backlog – might hand over the single-aisle jet designated MSN11000.

But he states that the airframer is confident it has the “right product portfolio”, from the A220 up to the A350. While the air transport industry awaits a sustained upward trend, he says, Airbus is supporting customers in various ways, retraining pilots and mechanics, helping carriers to store aircraft, and ensuring safety during restart.

“People will remember the support we provided in the bad times,” he adds. “We’ve had to react very quickly, reducing production rates, but we’re doing it in a very responsible way. Whenever demand ramps up, we’re ready.”