​Ascend: Latin American airline fleet to more than double by 2037

Although Latin America has suffered from Brazil’s recession and the economic problems in Venezuela, longer-term growth prospects for the ALTA airlines region are strong. 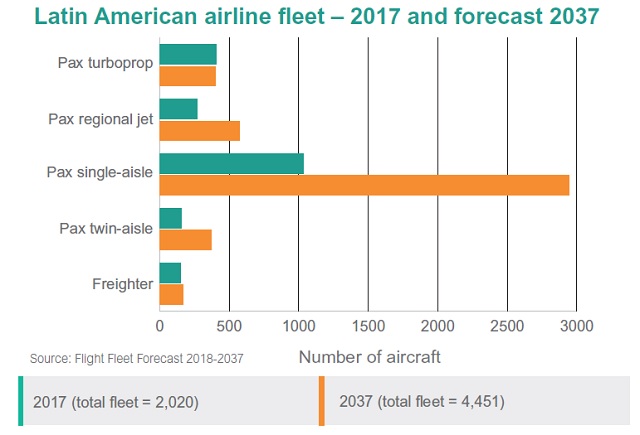 Some 93% of the fleet is currently used in the passenger market and 7% is for carrying cargo; this share will change to a reduced 4% cargo share by 2037, as growth in available belly space is faster than the need for main deck freighters.

Deliveries to Latin America’s airlines averaged at 140 units annually during 2012-2015, driven by low-cost-carrier growth and twin-aisle replacement, but this fell to 63 in 2017. A recovery is starting and once the short-term downturn in some markets is overcome, the region is forecast to increase its rate of deliveries to an average of over 160/year through the 2020s and further to 275/year by the end of the forecast. Overall, 3,940 new deliveries are forecast in the next 20 years, representing 8% of global deliveries worth $222 billion.

The deliveries include some 3,700 passenger jets, 225 passenger turboprops and 20 freighters. The jet total includes over 2,950 passenger single-aisle types and 370 twin-aisle types. About 75% of the current fleet will be replaced, with almost 62% of deliveries for growth purposes.

Latin America’s fleet is predicted to remain focused on single-aisles over the forecast, with a current 51% share of the total fleet rising to 60% by 2037. Regional jets will remain stable at 13% and twin-aisle types will remain at 8%.

Latin America and the Caribbean is one of the key passenger growth regions for the future, with increasing leisure traffic stimulated by low-cost carriers and liberalisation in major markets. The passenger jet fleet is predicted to grow 5% annually over 20 years to 3,880 aircraft.

With a fleet of some 270, the regional jet has seen a major resurgence in the Latin American market in the past 10 years, with orders (mainly for Embraer) from both Central and South America. FlightGlobal predicts some 545 new regional jet deliveries, increasing the fleet to 570 by 2037. 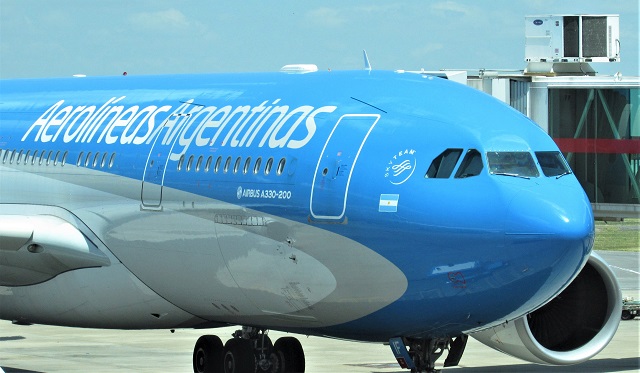 The higher-capacity 350-seaters only begin to have significant annual deliveries in the second half of the forecast and we do not predict any demand in the large category.

The freighter fleet has been relatively stable in the past five years at around 150 and is forecast to grow by just under 1% annually to reach 170 aircraft by 2037, with 20 new deliveries, mainly 777Fs and 130 conversions, enabling 85% of the current fleet to be replaced.