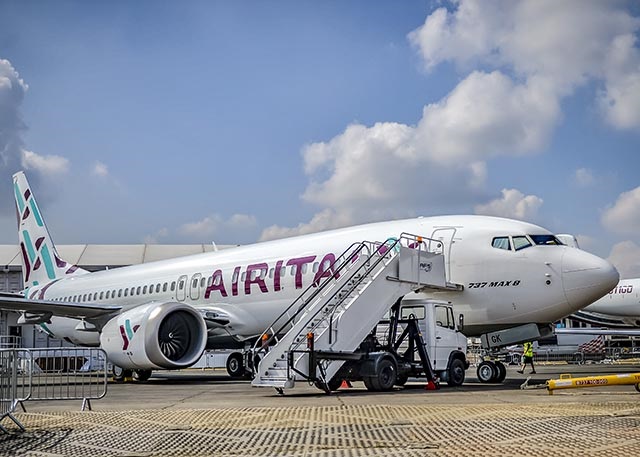 The airline, which was formerly Meridiana, was unveiled in February after Qatar Airways concluded a transaction for a 49% stake in the carrier. The carrier is introducing three 737 Max 8s along with five Airbus A330-200s leased from Qatar Airways.

Flights under the new name commenced on 1 March, operated with 737s and Boeing 767s still bearing Meridiana's livery. Those aircraft are being phased out as the leased A330s and 737 enter the fleet.