SMBC Aviation Capital, which is the latest customer to reach agreement with Boeing around deferral of 737 Max deliveries, says the decision was driven by the type’s ongoing grounding rather than demand uncertainty amid the coronavirus pandemic.

The Dublin-based lessor say it has deferred 68 737 Max orders until 2025-2027. The agreement was revealed as part of its full-year financial results brief on 3 June, when SMBC announced that its profit before tax had risen more than 5% to $365 million. 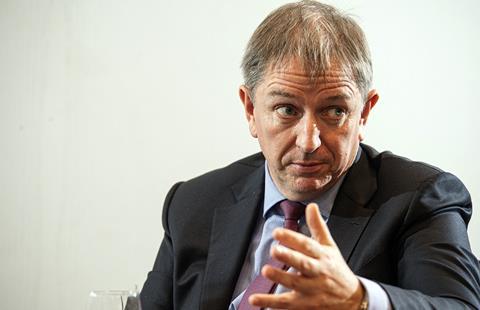 “We’ve been talking to Boeing since March of last year when the airplane was grounded,” adds Barrett. “We’ve had an ongoing discussion to try to get to a solution that works for them and for us. It’s a deal we’ve been talking about for quite a while but got it locked down in the last few weeks.”

According to Boeing data, SMBC holds 91 Max orders, two of which have been delivered. However, the lessor is among Max customers with orders for aircraft that Boeing has manufactured, but not delivered due to the grounding. Barrett says the deferrals apply to all orders for Max that have not been built.

“We have airplanes that are built but not delivered and are part of that contract,” he says. “That’s something we are going to discuss [with Boeing] over the next couple of months.”