Airbus has found a new role for its veteran A320 prototype, having converted the airframe into an airborne laboratory.

The aircraft, MSN1, had been used during the A320neo development programme – notably for testing the ‘sharklet’ wing-tips.

But the need to create a purpose-built test fleet for A320neo certification has effectively ousted MSN1 from its regular role.

Airbus says it has instead converted the aircraft into a “flight lab”, conducting the first sortie with the new layout on 3 June.

MSN1’s initial function will be to explore options for developing “more electrical aircraft”, the airframer states, as part of its broader role of assisting technological advancement and demonstrating proof of concept.

It has been fitted with a new electrical power centre in its forward cargo bay to provide flexibility for powering various systems.

“The flight-test campaign will evaluate robustness, performance and integration of these technologies over the aircraft operating envelope,” says Airbus.

These have included four-dimensional trajectory planning, airborne-separation assurance, and enhanced approach procedures along with increased glideslopes. 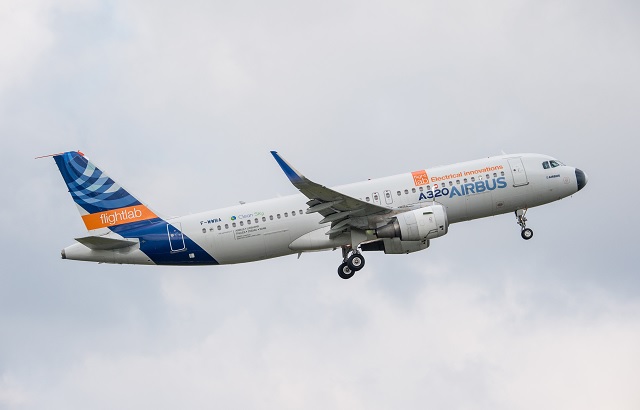