Over 90 on board crashed Russian military Tu-154

Ninety-one personnel are on board a Russian Tupolev Tu-154 which crashed while en route to Syria.

The military transport aircraft was lost from radar shortly after take-off from Adler airport, near Sochi, where it had refuelled, according to the federal Investigative Committee.

Its military investigation department has been tasked with looking into the accident, and a routine criminal probe has been opened. 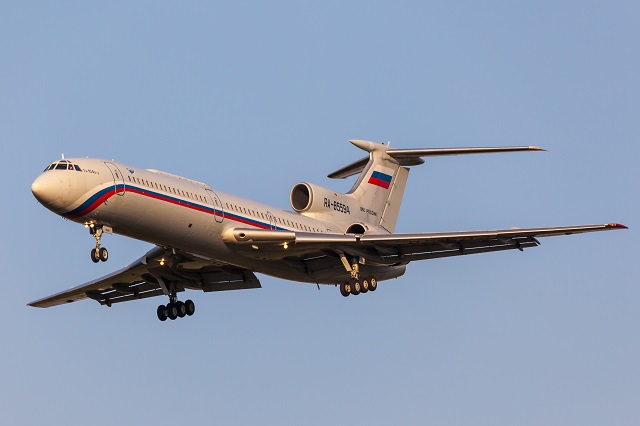 The Investigative Committee says the aircraft had been transporting 83 passengers and eight crew members on a service to Syria. It has not specified the precise destination.

While it has not specifically disclosed the site of the crash, the direct route to Syria would probably have taken the aircraft over the Black Sea from Sochi.

Search aircraft from the ministry of defence and the emergency situations ministry were subsequently engaged to locate wreckage.

The Investigative Committee says several initial measures are being taken to establish the circumstances of the accident.

These include the gathering of pre-flight documentation, and interviewing of personnel who supervised the flight, carried out its refuelling and prepared for the departure.

Few other details about the aircraft involved – a Soviet-era trijet – involved have been disclosed.

Russian carrier Sibir lost a Tu-154 over the Black Sea in October 2001. Investigators believe the aircraft was accidentally shot down by a Ukrainian missile during a military exercise.