Despite trouble securing combat jet sales in 2015, concerns about an erosion in US military exports because its government’s burdensome and often sluggish approvals process might be overstated.

That is according to Aude Fleurant, director of the Stockholm International Peace Research Institute’s (SIPRI) arms and military expenditure programme, who says the quality of US equipment and the diversity of its customer base compares favourably against that from Russia and China. New data from SIPRI shows global military spending trending upward, with a 1% increase in 2015 to $1.68 trillion, or 2.3% of worldwide gross domestic product.

The US government processed $35 billion-worth of government-to-government foreign military sales transactions in 2015 and another $11.7 billion in arms as military aid, according to the US Defense Security Cooperation Agency. That is higher than the $30 billion historical average, when excluding the $69.1 billion recorded in 2012 when Saudi Arabia committed to buying 84 Boeing F-15s. 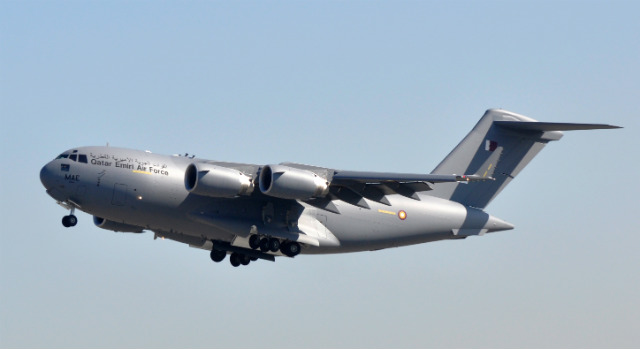 However, US contractors and potential recipient nations alike have raised concerns about the time it takes for fighter sales to gain approval.

"I think there’s been an exaggeration of the erosion of the US domination of the arms trade,” says Fleurant, speaking at the Stimson Centre in Washington DC on 5 April. “Not only do I think it is overstated, the US is by far the largest exporter and the country that receives the most of its exports [accounts for] only 10%.

“Russia is dependent on India for its arms exports, by about 30%. If India decides it doesn’t want to buy Russian weapons anymore, Russian industry is in very big trouble. China is also very highly dependent on Africa for exports.”

However, in the competition for international fighter aircraft orders, particularly in the Middle East, the USA has more to worry about from European manufacturers, since lower procurement domestically is forcing governments to sweeten deals - typically with greater amounts of technology transfer - for the Eurofighter Typhoon, Dassault Rafale or Saab Gripen in order to maintain production levels. That helped Sweden sell the Gripen NG to Brazil in 2015, having offered to finance the deal and co-develop a twin-seat variant locally. 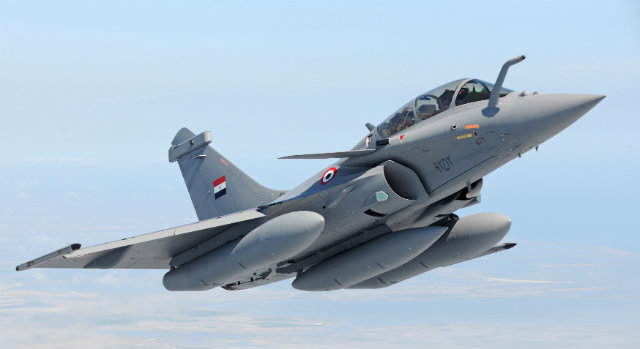 “The national procurement budgets are so tight right now; there’s not enough money,” says Fleurant, “so their offset packages are much bigger than what the US is ready to offer, which is why they’ve been met with a lot more success recently.”

Kuwait this week reached an agreement with Italy for 28 Typhoons. It has also selected the Boeing F/A-18E/F Super Hornet, but a deal is yet to materialise. Boeing expressed concern last year that Kuwait might back out unless the US government's approvals process moves faster.

Lockheed Martin also finds itself in limbo as it attempts to get pending F-16 deals with Pakistan and the United Arab Emirates through regulatory hoops. The F-16 production line in Fort Worth, Texas has no more jets to build after those for Iraq, with the final delivery expected in 2017.

Outsiders trying to enter the combat aircraft market include South Korea with its T-50 Golden Eagle, and the Korea Aerospace Industries KF-X multirole fighter it has begun developing in partnership with Indonesia and the assistance of Lockheed. Turkey, meanwhile, is developing the TFX air superiority fighter, and Japan is pursuing its first domestically produced stealth aircraft based on the Mitsubishi X-2 Shinshin prototype. “I wouldn’t underestimate what’s been going on in these countries,” says Fleurant. 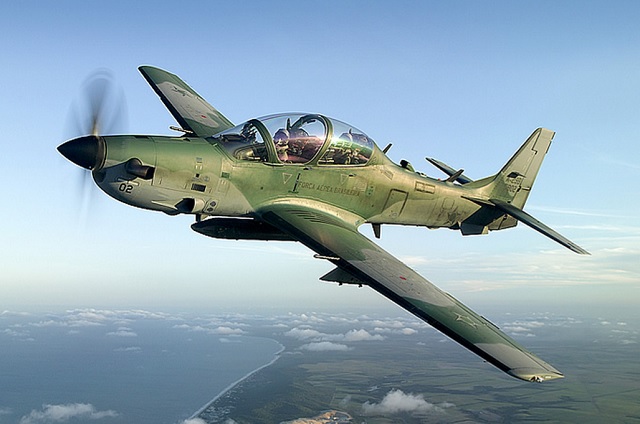 Despite economic troubles in its domestic market, Embraer's Super Tucano continues to be an export success, having notched up sales to Mali, Ghana, Honduras and Lebanon in the last 12 months.

India, meanwhile, has not made much progress on its planned fifth-generation fighter programme and has been struggling with military industrialisation since its independence.

Fleurant notes that China is also struggling with aircraft engine development and nuclear propulsion for surface ships and submarines.

“Propulsion seems to be an issue overall for the defence industry in China, but as long as they keep funnelling money into it, at some point they’re going to manage it,” she says, adding that the quality of Chinese equipment is getting better. “What they’re transferring now is not the crappy stuff they used to transfer in the ‘70s. Not anymore.”

An earlier version of the above tables erroneously showed that France had concluded helicopter sales with Kuwait and Poland.