Pratt & Whitney has delivered its 1,313th and final F117-100 high-bypass turbofan engine that powers the McDonnell Douglas/Boeing C-17 strategic airlifter, marking the end of an era for the PW2000 engine family.

Based on the commercial PW2040 powerplant for the Boeing 757, which ceased production in 2004, the last F117 has been ceremoniously handed over to the US Air Force at the P&W engine centre in Middletown, Connecticut. 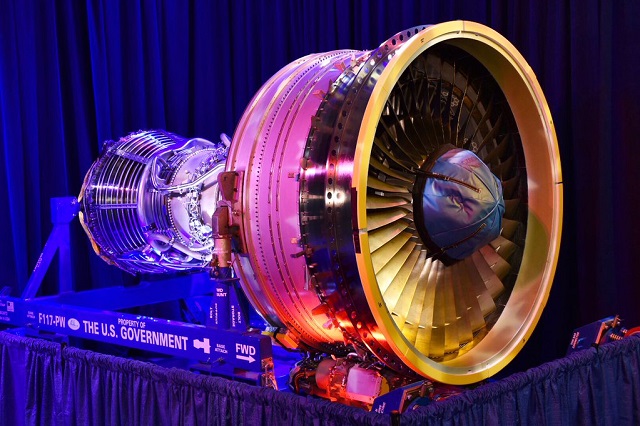 With technology and production of the C-17 in Long Beach, California moving on, it was only a matter of time before F117 assembly closed out.

Boeing had hoped to secure more international buyers for the C-17, but the aircraft’s considerable price tag and introduction of the Airbus A400M in Europe made international sales difficult.

The 279th and final C-17 was delivered to Qatar late last year, ending large-scale commercial or military aircraft manufacturing in California – at least until the Northrop Grumman Long-Range Strike Bomber project gets underway in Palmdale.

The F117-100 went airborne on 15 September 1991, when T-1 flew from the McDonnell Douglas C-17 plant at Long Beach Municipal Airport to Edwards AFB.

F117s are fully reversible, directing airflow upwards and forwards, which allows “Globemaster III” to rapidly decelerate on short runways and even taxi backwards. 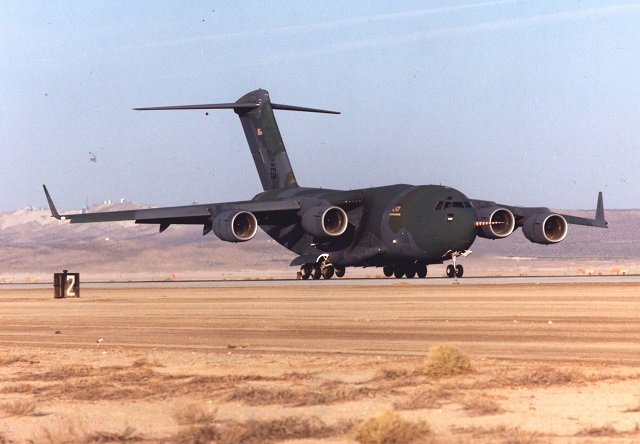 Bennett Croswell, president of P&W military engines, says the F117 has been one of the company’s most successful programmes in terms of production, sustainment and readiness.

“We look forward to partnering with our customers around the world to keep the C-17 fleet flying for decades to come,” he said at the 12 January ceremony.

Like most military projects, the C-17 and F117 fended off several challengers to survive.

By 1995, unhappy with McDonnel Douglas’ performance on the C-17 contract, the Pentagon considered capping production at 40 aircraft and acquiring a mixed fleet of commercial airlifters to meet its needs. Numbers waxed and waned from 210 C-17s to 120, but by September 2013 the air force received its 223rd example, meeting its original requirement. 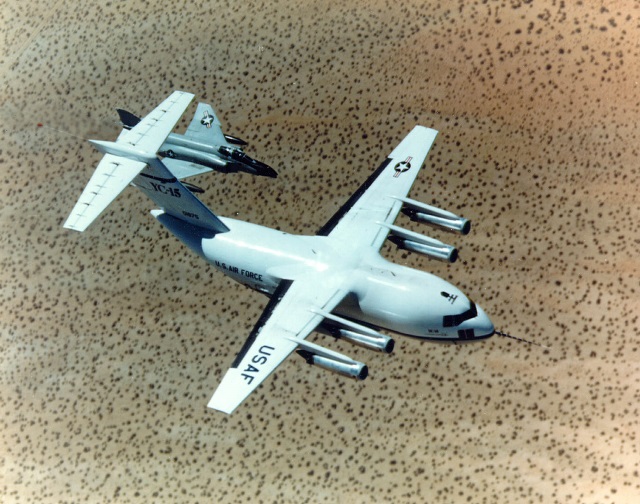 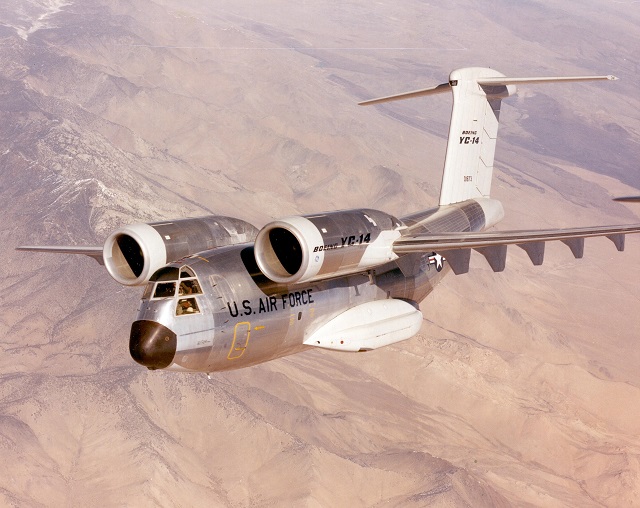 Derived from the short-takeoff YC-15, which was proposed alongside the Boeing YC-14 to replace Lockheed’s C-130, the C-17 was selected for the air force next generation C-X programme in 1981.

Now, with F100 (Boeing F-15 and Lockheed F-16 engine) production also winding down and F135 (Lockheed F-35) scaling up, Pratt & Whitney is left with fewer engine lines in its portfolio.

Its F119 was discontinued after Lockheed F-22 Raptor production ceased in 2012. Its HPW3000 turbine engine is competing against the General Electric GE3000 to replace the long-serving T700 on the Boeing AH-64 Apache and Sikorsky UH-60 Black Hawk.

The company might be the engine supplier for Northrop’s new nuclear-capable bomber, perhaps offering a PW9000 derivative, but those details remain classified.