Lockheed Martin has launched an additional variant of its C-130J optimised to perform missions supporting the special operations forces (SOF) of international customers.

Dubbed the C-130J-SOF, the new model will be capable of performing intelligence, surveillance and reconnaissance tasks, along with transporting special operations personnel and airdropping support equipment. Lockheed describes other potential applications as including psychological operations and humanitarian relief. 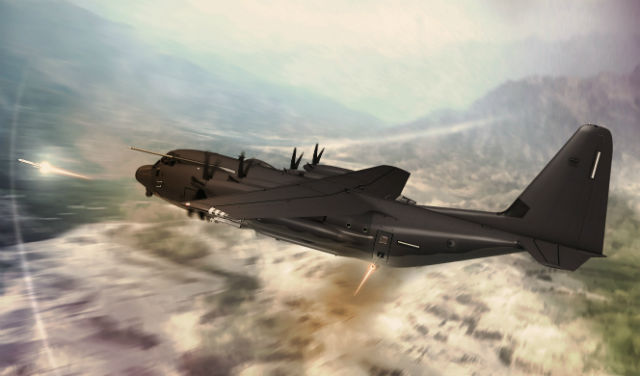 The SOF model also could also be equipped with Lockheed AGM-114 Hellfire air-to-surface missiles and a 30mm cannon to provide an armed overwatch capability, the company says. Other options will include equipping it to refuel fixed-wing aircraft and helicopters in-flight, and to act as a forward area refuelling point for rotorcraft while on the ground.

"Our global partners said they need to support their SOF teams with a solution that is reliable, affordable, effective and integrated," says George Shultz, Lockheed's vice-president and general manager, air mobility and maritime missions.

Lockheed says the new version will be the 10th production variant of its C-130J tactical transport.