PARIS: Moon is a mission for all of us – NASA chief

NASA has rocketed into the Paris air show in grand style, with a passionate call for European and other international partners to get on board its fast-track project to return astronauts to the Moon by 2024.

Jim Bridenstine, administrator of the US space agency, told his European counterparts: “We want the world to go with us!”

The European Space Agency is already on board, supplying the service module that will support NASA’s Orion crew capsule for deep space missions. Bridenstine says Canada has also now signed up, to supply robotic support based on the mechanical payload manipulation arm it operates on the International Space Station. 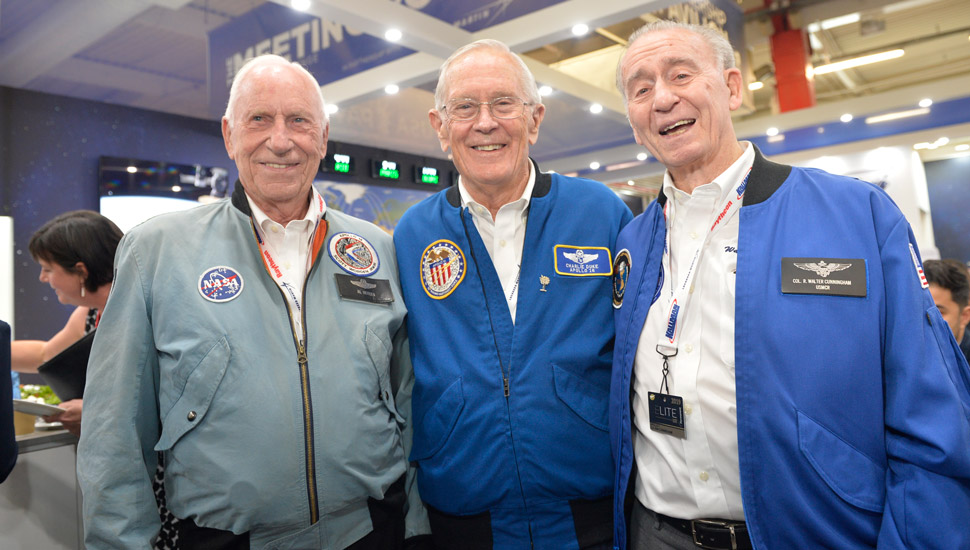 “Together we can do more in space than any of us can do alone," he says. "We are building a coalition of nations to help us get to the Moon, sustainably and faster than we could do by ourselves."

By sustainable, Bridenstine means that while the Apollo missions of a half-century ago were all short sorties, this time “we’re staying”. So – and this is a critical ingredient that NASA needs from fellow space agencies and from commercial partners – there has to be a permanent infrastructure on the Moon.

That Moon “base” will involve exploiting the literally hundreds of millions of tons of water ice on the lunar south pole, to supply both oxygen and rocket fuel.

Solar-electric power will also need to be installed and, says Bridenstine, robotic “precursor” missions are desperately needed, to survey potential landing sites and help scientists understand what to look for and where, as they push to better understand our nearest celestial neighbour.

The first step in the plan will be to establish a small space station in lunar orbit, which will serve as a habitat and jumping-off point for expeditions to the surface. This so-called “gateway” will be designed for a 15-year service life and, with onboard solar-electric propulsion, will be manoeuvrable to facilitate landing missions to any part of the Moon.

Critically, technical details remain to be worked out. The dust has yet to settle on US President Donald Trump’s unveiling of a space policy directive calling for a return to the Moon by 2024 and a permanently-crewed base by 2028.

And, says Bridenstine, everybody needs to remember that the purpose of this venture – named Artemis, the goddess of the Moon in Greek mythology, and sister of Apollo – is to learn how to live in space to enable the next great leap – a human mission to Mars.

The initial Artemis cost estimate is $20-30 billion over five years, not including other NASA spending that supports human exploration including ISS activities and the ongoing costs of the Orion capsule and Space Launch System heavy-lift rocket.