The Pentagon’s chief weapons tester says an operational evaluation of the Lockheed Martin F-35 Lightning II could be delayed by up to one year because of difficulties completing developmental testing by the due date of August 2017.

In his annual F-35 report, published 1 February, Michael Gilmore also cautions against entering into a three-year “block buy” before completing operational assessments, where full-rate production lots 12-14 would be bundled together to generate production savings.

According to the report, completing developmental testing of the full-up Block 3F weapon system in 2017 is “unrealistic” and the F-35 joint programme office should “acknowledge the schedule pressures” and make the necessary adjustments – something that it has worked to avoid since the 2012 programme re-baselining. 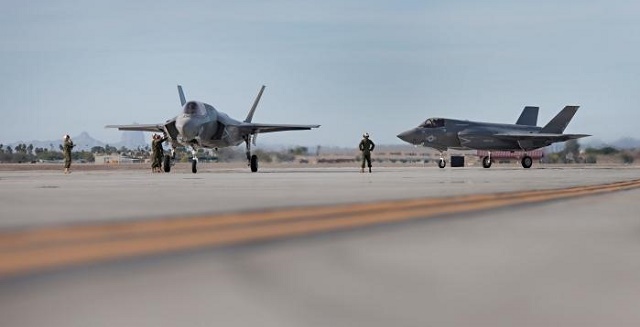 “Full Block 3F mission systems development and testing cannot be completed by May 2017 – the date reflected in the most recent program office schedule, which is seven months later than the date planned after the 2012 restructure,” Gilmore writes. Instead, he reports that flight testing “will likely not finish” prior to January 2018.

The report assumes the current rate of 6.8 flight tests per month and completion of all 7,230 planned Block 3F test points, plus the unearthing of new F-35 faults.

The Department of Defense’s F-35 joint programme office, however, says it remains “on track for completion in the fourth quarter of 2017” with over 80% of developmental test points complete.

In what has become an annual difference of opinion, the F-35 office says Gilmore’s report “doesn’t tell the full story” and overlooks efforts to resolve known technical challenges and schedule risk.

“A few recent examples of issues that are resolved include the F-35C tailhook, the F135 engine rub, and F-35B auxiliary air inlet door,” a spokesman for the F-35 programme says. “The F-35C has now ‘caught the wire’ more than 200 times at sea, the engine rub fix is incorporated into the production line and delivered engines are being retrofitted, and the F‑35B has performed more than 1,000 vertical landings safely.” 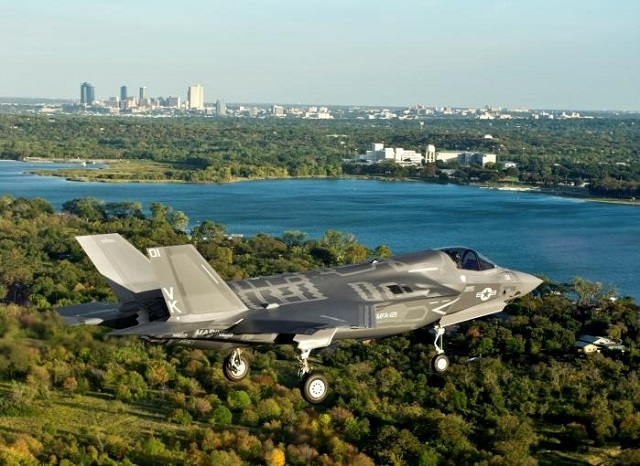 The spokesman did not have an immediate response to the block buy issue but explains that ongoing contract negotiations don’t fall within the purview of the office of developmental test and evaluation. Also, a block-buy incorporating lots 12-14 would represent orders for fiscal years 2018-2020, by which time developmental testing will have wrapped up and aircraft coming off the assembly line in Fort Worth, Texas likely won’t need any structural corrections.

The report questions if it would be premature to lock-in as many as 270 US government orders before completing IOT&E, particularly given problems identified in the Blocks 3i and 3F configurations.

The report reflects positively on the “Gen-3” F-35 helmet introduced last year by Rockwell Collins ESA Vision Systems. Prior iterations of the helmet-mounted display system (HMDS) were plagued with bugs and glitches, but many of those issues appear to be resolved in Gen-3.

More than 150 operational F-35s have been delivered to date, and each will need extensive modification to the Block 3F standard once develop concludes. To date, the flight test programme has completed 90 weapons separations including the most recent Raytheon AIM-9X Sidewinder shot, plus 17 weapon accuracy trials.