US Air Force plans to insert a “brain” into current-generation fighter jets to create autonomous flying wingmen paired with the Lockheed Martin F-35 were given a bump today, with the Pentagon’s second-in-charge saying he expects to see “unmanned wingmen in the air” before convoys of driverless Humvees.

Deputy defence secretary Robert Work touted the long-considered “loyal wingman” concept at a forum hosted by the Washington Post in Washington DC on 30 March, where he explained that the air force will pair unmanned Lockheed F-16s with F-35s in future battles.

"You take an F-16 and make it totally unmanned," Work says. "The F-16 is a fourth-generation fighter, and pair it with an F-35, a fifth-generation battle network node, and have those two operating together.”

Work says he expects "unmanned wingman, unmanned undersea vehicles and surface vessels" as well as pilotless cargo helicopters for delivering supplies to troops on the battlefield to be introduced operationally before robotic military vehicles.

Work says the spread of autonomous technology and platforms "is inexorable". "It is going to happen," he says. 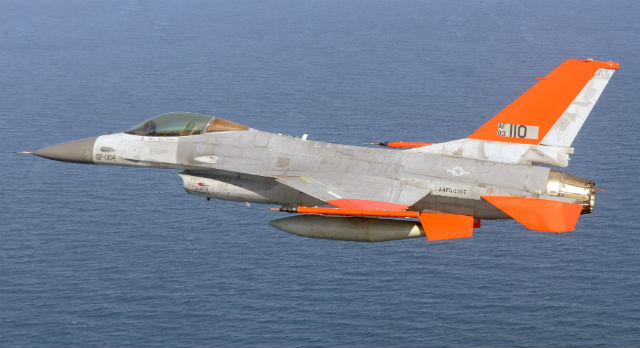 The Pentagon has spent untold sums advancing unmanned ground vehicle technologies over the years, mainly in response to the use of improvised explosive devices by combatants in Iraq and Afghanistan. In 2009, the military even funded a flying Humvee programme.

The plan was to avoid casualties by using unmanned vehicles like Humvees to deliver supplies on dangerous routes, and meanwhile “robotic mules” were developed by companies like Boston Dynamics to carry heavy loads on patrols.

Those projects turned out to be far more complex than imagined, Work explains, because military vehicles must drive off-road and manoeuvre through rough terrain, unlike Google’s driverless cars.

The Air Force Research Laboratory (AFRL), however, is now moving ahead with the development of autonomy algorithms to control pilotless fighter jets. Those algorithms would be hosted in “one or more line-replaceable units" or "brain" that could be transferred between aircraft with minimal effort.

“The onboard autonomy must be sufficient for the Loyal Wingman to complete all basic flight operations untethered from a ground station and without full-time direction from the manned lead,” the laboratory explains in a request for information (RFI) notice published in March.

A formal programme will be launched in fiscal year 2018 with flight demonstrations running through 2022. These demonstrations will culminate in a capstone proof-of-concept demonstration in 2022, when paired warplanes will conduct a ground strike mission in a hostile, well-defended environment, AFRL says. It did not nominate which fighter platform would be selected for the demonstration. 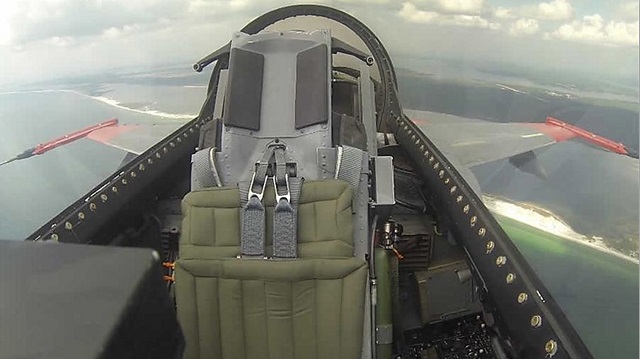 The air force already operates unmanned QF-16 target drones, built by Boeing from retired A and C-model aircraft. First flight of that full-scale aerial target was in September 2013 and Boeing received its fourth production contract this week, valued at $34 million for 30 conversions.

In an email, Boeing confirmed that it's QF-16 team would support on Loyal Wingman-type activities, not its Phantom Works research and development arm. “We are proud of the capabilities we have contributed to the QF-16 programme. Should the US Air Force seek to leverage those capabilities in the Loyal Wingman or other programs, we stand ready to support them,” the company says.

DOD investment in Loyal Wingman technologies comes as the secretive Strategic Capabilities Office pursues an "arsenal plane". It would carry an array of long-range, precision weapons like cruise missiles, which would be assigned targets from the front lines by the F-35, F-22 and perhaps even the Northrop Grumman B-21 bomber or spy satellites.

Work says the US military will not try to match potential adversaries like Russia and China "soldier-for-soldier" but will instead "offset" their strengths with innovative new weapons. Although many of those proposed devices will be controlled by autonomous computer systems, ultimate authority for the use of lethal force will reside with the human. “We will not delegate lethal authority,” Work says. 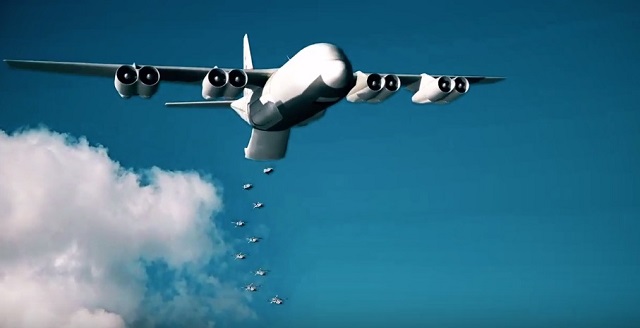