US deputy secretary of defence Robert Work has expressed concern about the size of the US Air Force’s tactical fighter force, which has dropped from 88 squadrons before the invasion of Afghanistan in 2001 to just 54 squadrons today.

Speaking at a 9 March forum in Washington DC to commemorate the 25th anniversary of Operation Desert Storm, Work questioned the wisdom of moving to an all fifth-generation fighter force at the expense of higher overall fighter numbers, saying the air force will probably need to maintain its Lockheed Martin F-16s and Boeing F-15s into the 2040s “and possibly beyond”. 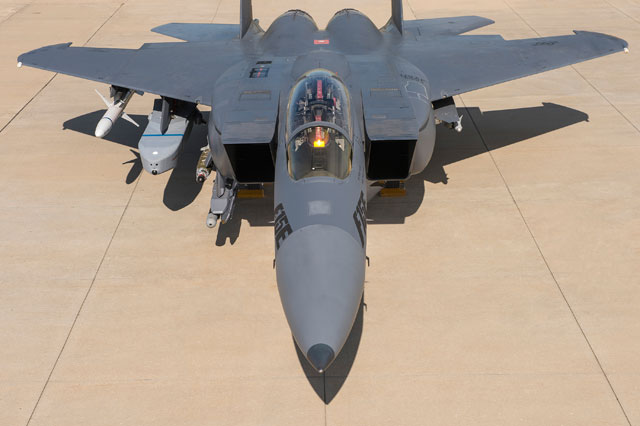 Work admits that the air force “has taken the brunt of the defence drawdown” since 2001, which has seen more spending on counterterrorism and stability operations in Iraq and Afghanistan at the expense of procurement and force modernisation.

When Iraq invaded Kuwait in 1990, the air force had 134 tactical fighter squadrons in its inventory, but those numbers dropped sharply as airframes like the General Dynamics F-111 Aardvark, McDonnell Douglas F-4 Phantom and Lockheed F117 were withdrawn from service.

Meanwhile, Lockheed F-22 Raptor production was truncated at 187 aircraft – well short of the 750 aircraft the military planned to buy when production began in 1994.

The F-35, meanwhile, is running well over cost and about six years behind schedule, and Work worries about the air force cutting its planned A-model production rate in this decade from 80 to 60 and now just 48 Lightning IIs per year – historically low production volumes.

“Without question, the part of the joint portfolio which has taken the brunt of the defence drawdown is the US Air Force and our capacity in aerospace combat power,” says Work, who describes fifth-generation fighters as “battle network” or BN aircraft. “Now, the problem is that we truncated the BN-22, and the ramp rate for the BN-35 is now at a point where the air force was trying to stay at 80 per year, then we dropped down to try stay at 60, and now our programme is 48 per year. The mere fact is, we’re going to have a mixed fifth-gen and fourth-gen fleet for a long time.” 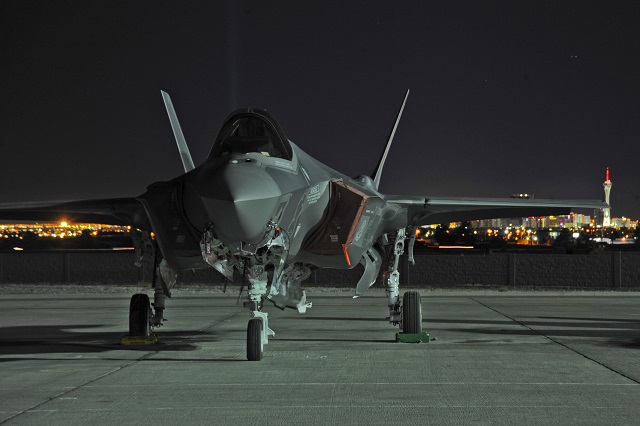 Evenif the department were awash with cash, Work says he doesn't know if it would be wiser to pump that money into legacy fleet upgrades or into buying more F-35s.

“I really worry about the size of the air force,” he says. “If you told me we were going to go down from 54 tactical fighter squadrons to 45 but they’d all be F-35s, I’m not certain I’d say that’s a good thing, simply because the air force’s operational tempo right now is driving the force into a bad place.”

Congress has passed legislation banning the air force from dropping below 1,900 fighter aircraft, of which, 1,100 must be combat-coded. The service currently funds 54 fighter squadrons in its base budget, and one F-15 squadron is funded through the Pentagon’s European Reassurance Initiative (ERI) fund “primarily because it’s the only dual-capable aircraft we can move without causing problems with [Russian president Vladimir Putin]”.

The air force says it is also hamstrung when it comes to fighter pilots, with officials saying at a congressional hearing this week that the service is 511 fighter pilots short of its requirement. That deficit will grow to 834 by 2022 without intervention.

America currently faces the end of F-16, F-15 and Boeing F/A-18 production as the services pursue three variants of the F-35. The navy and air force are currently studying sixth-generation fighter options that would enter service in the 2030s.