Airbus has carried out a maximum-energy rejected take-off with its A350-900 at the Istres base, final major test prior to certification.

The test was performed on 19 July with aircraft MSN1.

While the twin-engined A350 has already conducted rejected take-off tests, the maximum-energy event is intended to examine the extreme case of a rejection at high speed and high weight with braking capability at its limits.

Airbus says the brakes reach a temperature of around 1,400C as a result of the energy absorbed in stopping the aircraft. 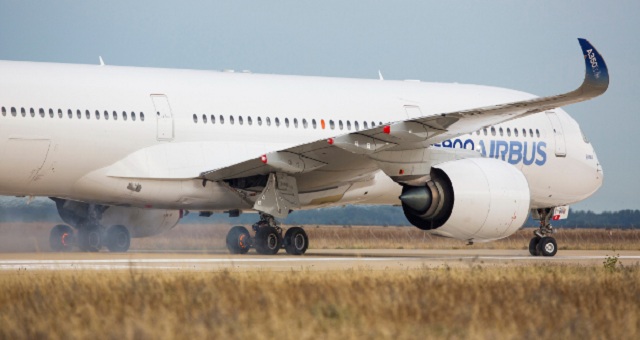 Under the certification criteria the aircraft must remain standing for 5min before firefighters can cool the brakes.

Airbus says the test was "successfully performed". The maximum-energy test is left until last because of the risk of damage to the aircraft.

Certification will follow a series of route-proving flights which will begin in July. The A350 test fleet has accumulated over 540 flights and clocked up 2,250h.