UK charter carrier Astraeus has rolled out the specially painted Boeing 757-200 that will be used for heavy-metal rock group Iron Maiden's 2008 world tour. The band's lead singer, Bruce Dickinson, is a captain with Astraeus.

Iron's Maiden's "Somewhere Back in TIme" tour will begin in Mumbai, India in February 2008, with the North American leg planned for mid-May to mid-June. The aircraft is one of four 757-200s operated by Astraeus.

Perhaps the most famous rock tour aircraft was The Starship, an ex-United Airlines Boeing 720B using by Led Zeppelin for thier 1973 and 1975 North American tours and also by The Rolling Stones, Deep Purple and Elton John. 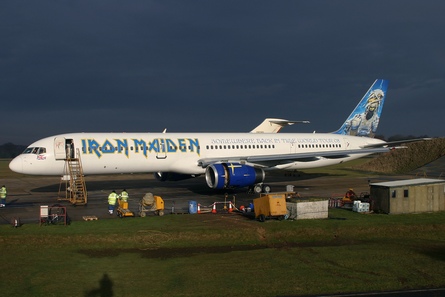 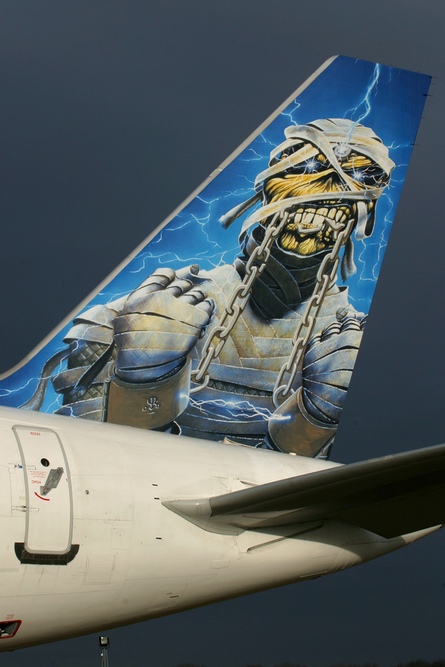