Story updated with clarification from Transport Canada on the CSeries airspace AIP in paragraph three.

Bombardier rolled the first fully painted CSeries out of the paint shop in Mirabel today at 06:00 local time, as it preps for the imminent first flight of its new narrowbody aircraft. 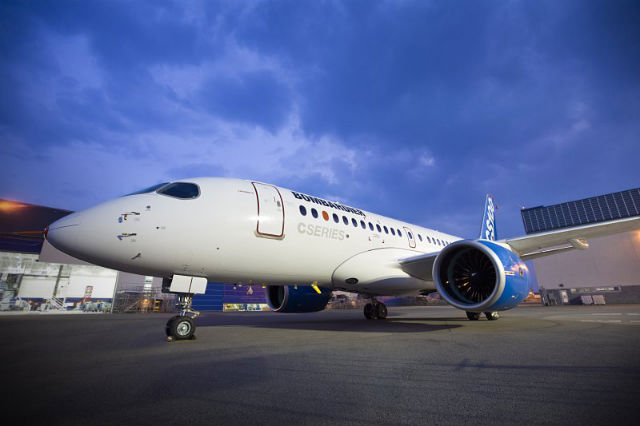 Montreal-based Bombardier says that it will release more pictures and a video on 23 August.

The roll-out comes shortly after Transport Canada updated airspace restrictions around Mirabel airport for the CSeries flight test programme, which extended the initial window to 22-months from this August through May 2015, in an Aeronautical Information Products (AIP) Canada update released by NAV Canada dated today. The airspace restrictions were previously scheduled for 18 months from May through November 2014.

Bombardier maintains - as it has for the past few weeks - that first flight will occur in the "coming weeks".