Comac has installed over 90% of the necessary structures and systems on the C919 iron bird test rig, as it works towards an end-2015 first flight target for its narrowbody programme.

In an exclusive tour of its iron bird facility, a Comac official tells Flightglobal the airframer has been actively installing parts on the iron bird in the last quarter of 2014. 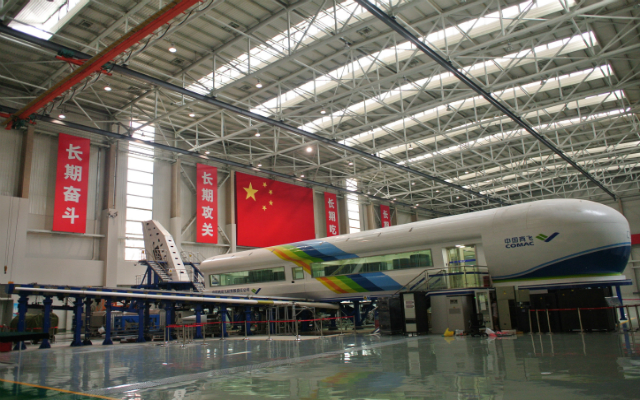 The C919 iron bird test rig is housed at Comac’s Shanghai Aircraft Design and Research Institute in the new Pudong area. More than 50 test engineers and technicians are involved in the iron bird works.

The official explains that Comac is now conducting verification tests on the parts that were installed last year, and making adjustments to ensure they are functioning as expected.

Thereafter in November, certification tests involving cockpit control will begin. This will be followed by functional tests of the aircraft’s flight control, hydraulic and landing gear systems.

The official adds that the iron bird is scheduled to undergo two cycles of tests before the C919’s first flight.

Comac has secured 400 orders for its C919, mostly from local airlines and leasing companies.