Lockheed Martin is moving closer to delivering an F-35 to its fifth customer nation, with Norway’s first example having had its three fuselage sections joined on 9 April.

Currently on the final assembly line in Fort Worth, Texas, aircraft AM-1 will now have its control surfaces added, along with other systems and its Pratt & Whitney F135 engine. 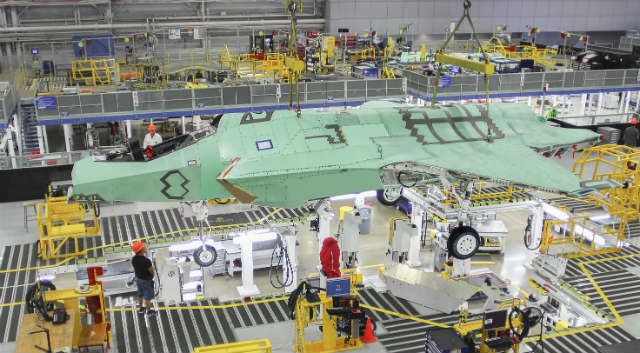 “AM-1 is due to roll out of the factory later this year, alongside sister ship AM-2,” says Lockheed. “A third aircraft is also in its early stages of production, and will roll out next year.”

Oslo is committed to acquiring up to 52 conventional take-off and landing F-35As, including an initial four to be dedicated to training tasks. The Royal Norwegian Air Force will start preparing its pilots to fly the model at an international training facility at Luke AFB, Arizona.

Lockheed has so far delivered F-35s to the three US armed services, plus the air forces of Australia, the Netherlands and the UK. Italy’s first aircraft was also rolled out from a final assembly and check out facility at Cameri air base on 12 March.