Lockheed Martin has delivered the 200th example of its F-35, an aircraft manufactured for export buyer Japan.

Conventional take-off and landing aircraft AX-2 is the second of an eventual 42 F-35As to be produced for the Japan Air Self-Defence Force. The first four of these are to be built at Lockheed’s Fort Worth site in Texas, with the remainder to roll off a Mitsubishi Heavy Industries-run final assembly and check-out line in Nagoya. 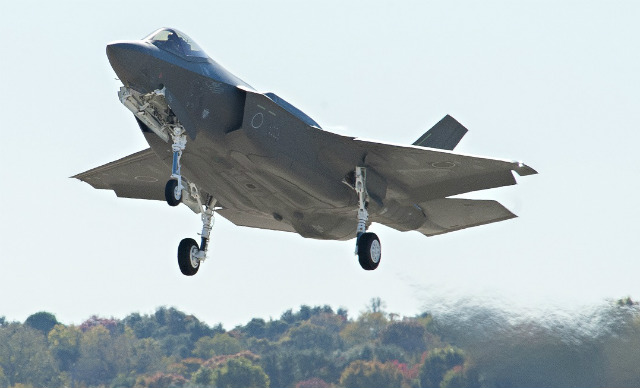 Like lead example AX-1, which was handed over in late November 2016, Japan’s second Lightning II was flown to the international training school for the F-35 at Luke AFB, Arizona. Lockheed says the US Air Force facility has now received 46 aircraft to support its activities.

Flight Fleets Analyzer records the delivered F-35 fleet as being in use with the USAF, US Marine Corps and US Navy, plus programme partners Australia, Italy, the Netherlands, Norway and the UK, and export customer Israel.