The MRJ regional jet’s FTA-1 has resumed flight testing after being on the ground for more than two months.

In a two-line statement, Mitsubishi Aircraft says it was able to "confirm the upgrades" that had been carried out on the prototype, during a 90-minute flight off the Pacific coast. It was the fourth flight of the aircraft. 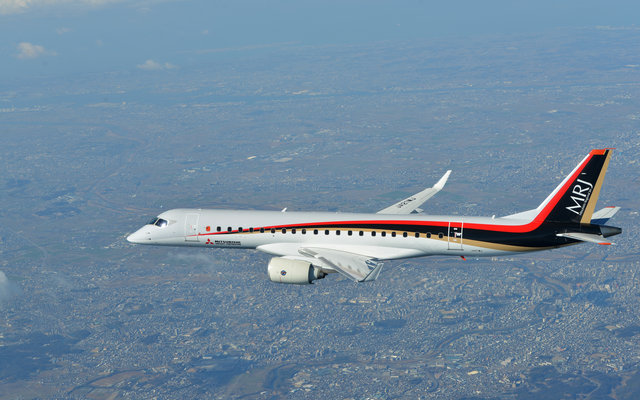 The Japanese manufacturer had earlier told Flightglobal that the aircraft has been on the ground since its third test flight on 27 November 2015, undergoing structural reinforcements and system software upgrades.

It had identified the need to strengthen the aircraft’s wing roots and fuselage frame above the centre wing, after it conducted structural tests before the aircraft’s first flight last November. It has since applied a “temporary treatment”, strengthening the sections with “additional plates”.

Mitsubishi is using five test aircraft for the flight campaign, which is expected to cover 2,500 hours of testing. The jet is schedule for first delivery in mid-2018.