Raytheon Systems' Paveway IV laser-guided bomb has been dropped from a Lockheed Martin F-35B, paving the way for integration of the weapon on the UK’s future Joint Strike Fighter fleet.

Carried out as part of a UK effort, the test took place at Naval Air Weapons Station China Lake in California using a US Marine Corps-operated F-35B. It was used to collect data on the interaction between the munition and the aircraft’s on-board computers and will be followed by live firings in the coming months.

The milestone marks the first weapons release under the UK’s integration programme, which saw a number of fit tests carried out at Edwards AFB in California earlier this year.

In addition to the Paveway IV, MBDA’s ASRAAM short-range, air-to-air missile will also be integrated onto the UK’s F-35s; live firings of the latter weapon will also be carried out over the coming months.

The integration work is part of the UK’s preparations for the initial operational capability for its Joint Strike Fighters and is being supported by BAE Systems, Northrop Grumman and the RAF Warfare Centre, in addition to Lockheed and the weapons manufacturers. 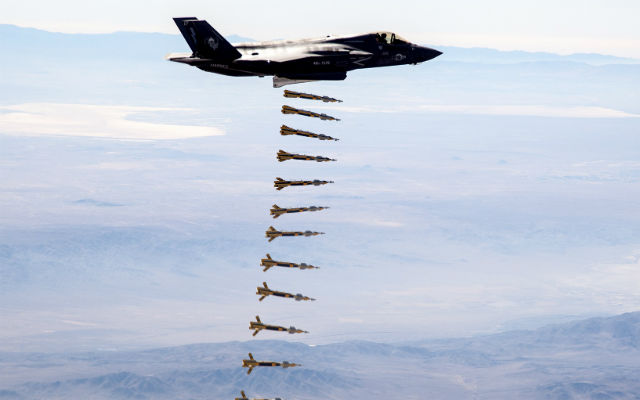 Meanwhile, the UK's Defence Infrastructure Organisation has awarded a £27 million ($34 million) contract covering the construction of facilities to support F-35 operations in the country. It is part of a wider £250 million effort to ready RAF Marham in Norfolk for the arrival of the fifth-generation type in mid-2018.