US Airways will all but slip into airline history when American Airlines combines the two carriers’ reservations systems on 17 October.

All of the combined carrier’s flights will be operated by American and carry American flight numbers from Saturday, with the last US Airways flight scheduled to land in Philadelphia from San Francisco a little after 06:00 local time that morning.

Signage at more than 200 airports already says American, says Kerry Philipovitch, senior vice-president of customer experience at the Fort Worth, Texas-based carrier, during a media call earlier this week. Most of the work left for the night of 16 October will involve simply swapping the US Airways name for the American name.

“The night of the cutover we will take down last US [Airways] signage and make sure the American brand is displayed prominently displayed,” she says.

This process has already occurred at many of the former US Airways gates at Ronald Reagan Washington National airport, a hub for the combined carrier.

Gate 45 at Washington National before new signage was installed, during installation and after 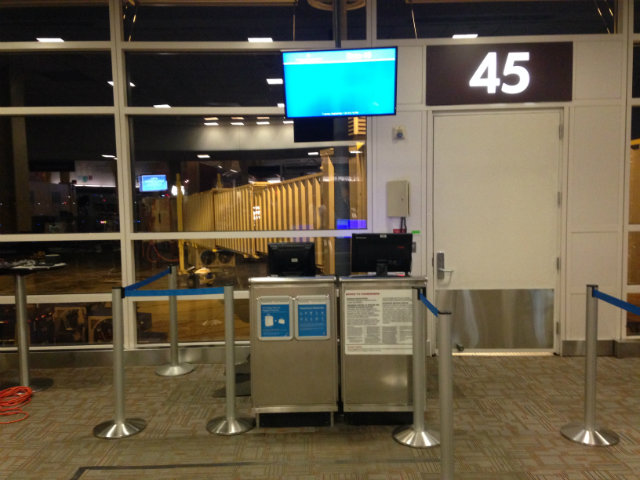 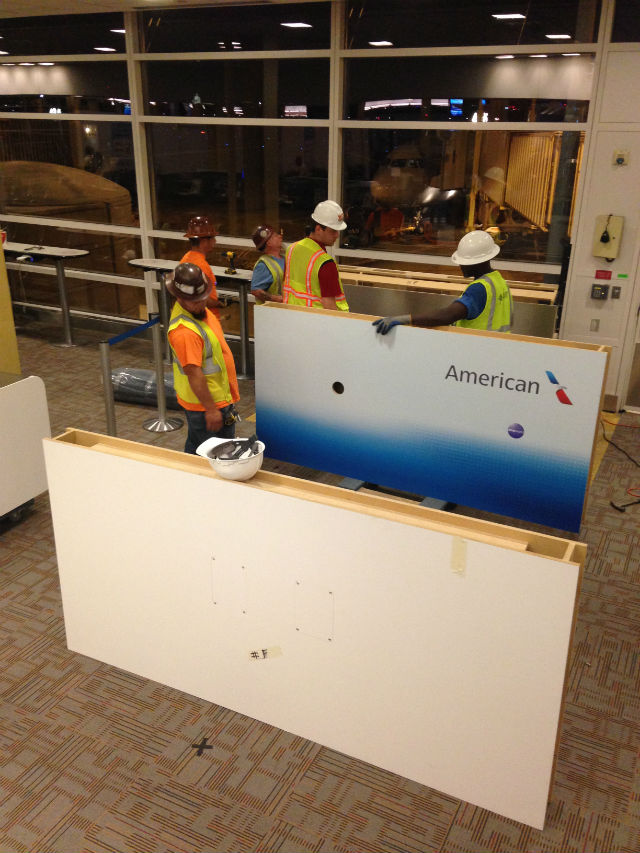 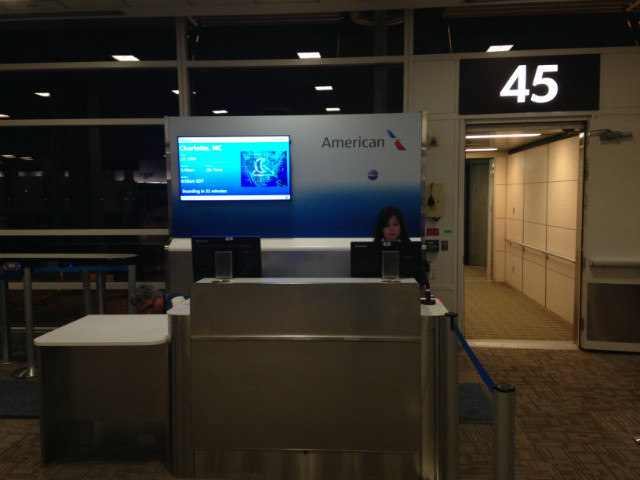 The only signage left to change overnight on 16 October will be those controlled by Washington National operator the Metropolitan Washington Airports Authority (MWAA), says an American spokesman.

Not everything will say American from Saturday. Passengers will continue to see aircraft in the US Airways livery through the end of 2016 and unified cabin crew uniforms will not be rolled out until sometime late next year, says Philipovitch.

The carrier had only painted 135 US Airways aircraft, just less than half of its mainline fleet, in the American livery at the end of June. The majority of the US Airways Airbus A320 family fleet and all of its Embraer 190 fleet were still due to be repainted.

The airline is also in the process of repainting its American legacy aircraft with the soaring spirit livery that debuted in January 2013. However, this process will continue until the end of 2017 as repainting the US Airways fleet takes priority.

The only aircraft left in the US Airways livery will be the heritage Airbus A321 that American debuted earlier in 2015. 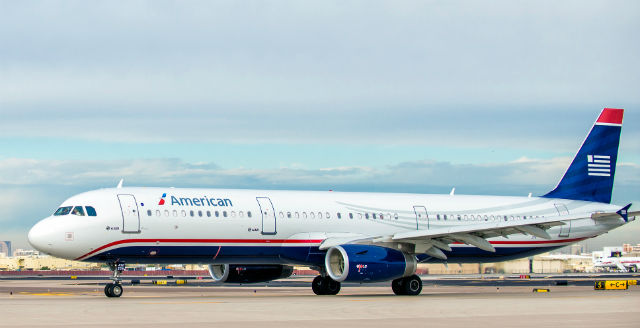 Behind the scenes, the airline will still have separate flight tracking systems and workgroups, for example separate seniority lists, through 2016, adds Maya Liebman, chief information officer for American, during the media call.

American has worked hard to prepare the technology side of the reservations cutover. It began a drain down of the US Airways reservations system in July to minimise the number of bookings it will need to move on the 17th, has created a command centre to oversee the shift and trained thousands of employees on the new systems ahead of the shift.

“This has the full focus of the 100,000 American team members,” says Liebman. “We are all completely committed to getting this right.”

Airports and flights will be the most prominent touch point for passengers on Saturday. Airport and other staff have gone through more than a million hours of training, more than 1,700 new kiosks have been rolled out at airports and multiple tests have been conducted in preparation for the big day, says Philipovitch.

“The number one goal of the cutover is to make sure the customer experience is as seamless as possible,” she says.