North Korea’s underground nuclear test last week might not have yielded the hydrogen bomb “supreme leader” Kim Jong-un claimed, but the seismic spectacle did produce a captivating aerial display south of the border.

The US air force sent its veteran strategic bomber, a trusty Boeing B-52H, from Andersen Air Force Base in Guam to Osan Air Base, accompanied by F-15K Slam Eagles of the Republic of Korea Air Force and locally based US Lockheed Martin F-16s. 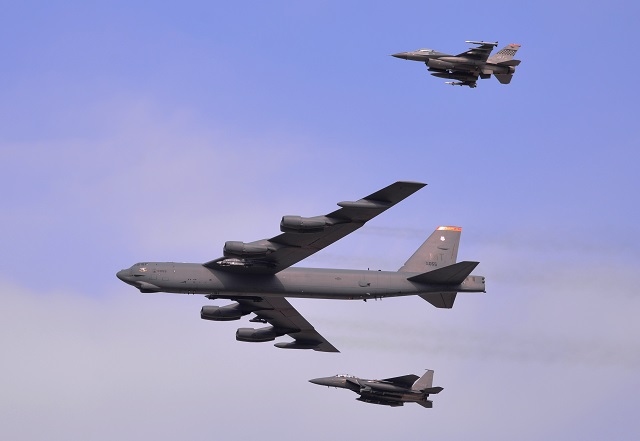 The low-level flight of the nuclear-capable bomber was a direct response to the north’s fourth underground nuclear test on 6 January, which was claimed to be the nation’s first hydrogen bomb.

Though not actually a hydrogen bomb but a less-powerful atomic explosion, according to the Pentagon, the test prompted swift rebuke from America and her regional allies.

In a joint statement by defence secretaries of the US and Japan, the nuclear test was “an unacceptable and irresponsible act” that undermines regional stability.

In another statement accompanying the B-52H flight, US Pacific Command chief Adm Harry Harris called the bomber’s presence “a demonstration of the ironclad US commitment to our allies in South Korea, in Japan and to the defence of the American homeland”.

The B-52H can carry up to 20 nuclear-tipped AGM-86B air-launched cruise missiles, although this aircraft on rotation from Minot AFB in North Dakota appeared to be unarmed except for a Sniper targeting pod, at least externally. 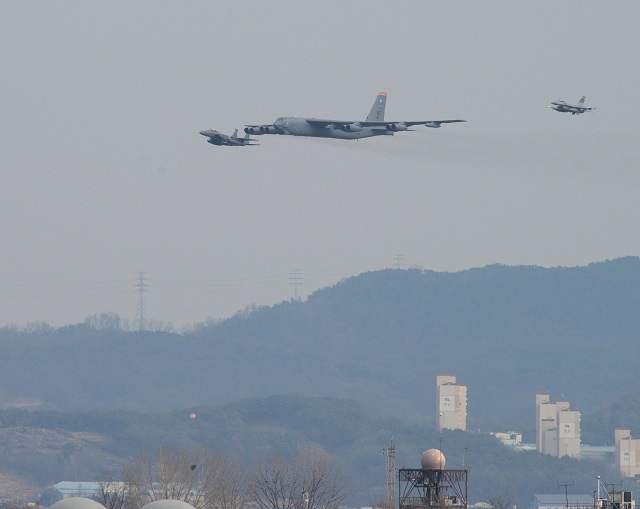 It’s doubtful that a single, under-equipped B-52 would have any deterrent effect on Kim Jong-un, but the deployment is reminiscent of the Northrop Grumman B-2 flight to the same airbase in 2013. It also comes as the air force makes the case for spending an estimated $80 billion on a next-generation heavy hauler, the Long-Range Strike Bomber – won by Northrop last October and contested by Boeing/Lockheed. 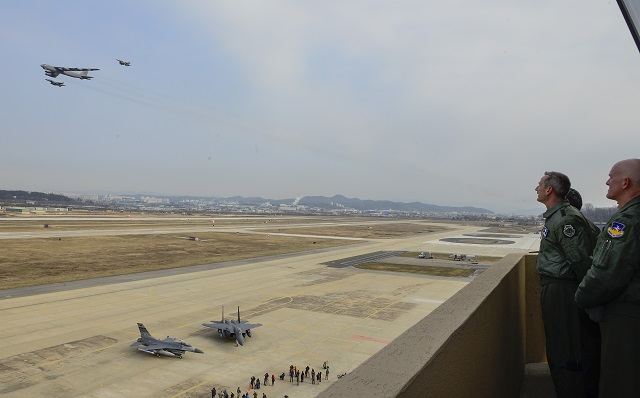