Boeing has donated one of its original flight test 787-8s to the Museum of Flight in Seattle.

The manufacturer has handed over MSN ZA003, which is the third 787 produced, to the museum during a ceremony held on 8 November.

ZA003 was used extensively in the interior certification programme for the 787, and later circumnavigated the globe several times during the ‘Dream Tour’ in 2011 and 2012. The aircraft is powered by Rolls-Royce Trent 1000 engines. 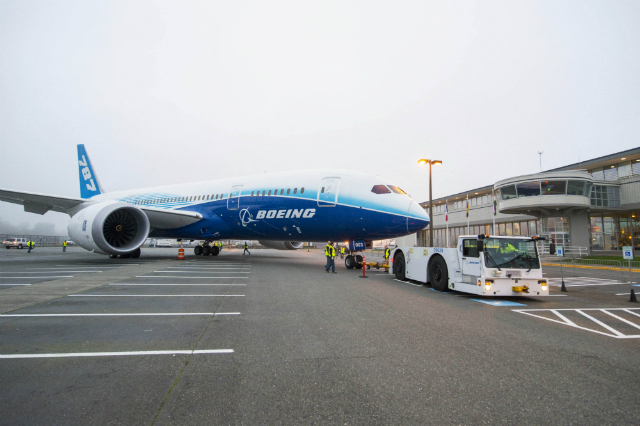 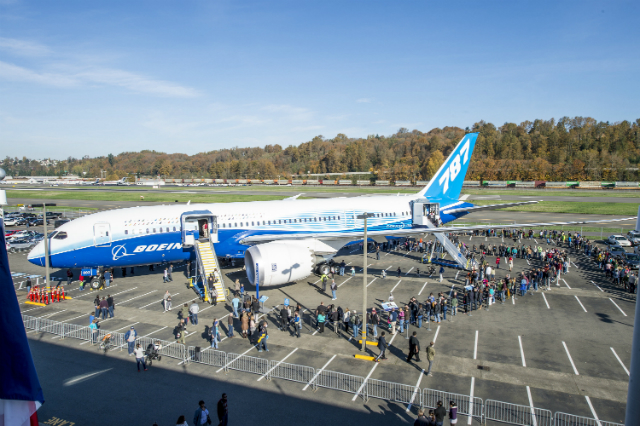 All images from Boeing

"This revolutionary airplane caps the museum's collection of historic commercial airplanes, beginning with our 1932 Boeing 247, which was the first all-metal, modern airliner," says Doug King, president and chief executive of the Museum of Flight. "It was followed by our 1969 prototype 747, the first jumbo jet, and now with the first composite airliner, the 787. It's an incredible addition to our comprehensive display."

Boeing adds that it plans to donate two of the other 787s used in the flight test programme to other museums around the world.

Back in 2009, Boeing said that due to the extensive modifications, the first three 787s would have no commercial value, with their costs written off as research and development expenses.