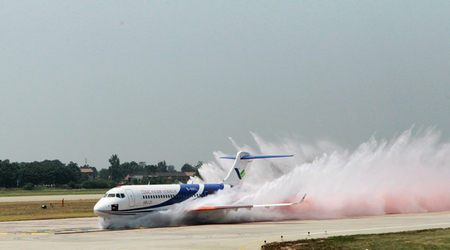 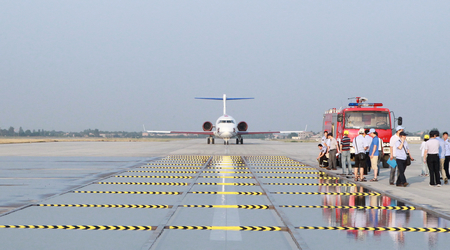 Since 22 June, the aircraft has undergone 10 tests on taxiing, take-off and landing at different speeds on a flooded runway, says Comac.

Water ingestion tests are important to determine the airworthiness of an aircraft and the stability of its engine inlets. The tests ensure that the aircraft is able to taxi, take-off and land despite having water on the runway, it adds.

This is the first regional jet programme that China is designing and developing in accordance with international airworthiness regulations and is seeking airworthiness certification from both CAAC and FAA.

Launch customer Chengdu Airlines was due to receive its first aircraft by the end of 2011, but ongoing delays in the certification process has caused it to be postponed by up to a year.