The "release to service" document was handed over to Indian air force chief N A K Browne by Defence Minister A K Antony in Bengaluru, on 20 December. The grant of the final IOC for the MK 1 variant paves the way for induction of the Tejas into operational service with the Indian air force. This is conditional on the Tejas obtaining its final operational clearance (FOC) by December next year.

The Indian air force, however, expects that only the Tejas Mk2 will meet the requirements envisioned in the air staff requirements set in 1985.

“The two primary design drivers already identified by us are the critical GE F-414 engine integration for enhanced thrust, along with perhaps a better intake design and improved maintainability of the platform,” says Browne. 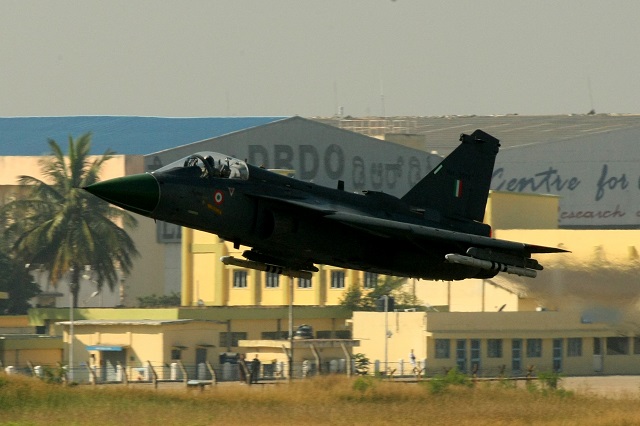 The Tejas Mk2 will also have improved helmet mounted interface functionality, a more efficient avionics system architecture, newer weapons, an upgraded electronic warfare suite and a retractable refuelling probe. The preliminary design review for the Mk2 is due to be completed in February next year and the first GE F-414 engines are to arrive in India by 2015.

A less-than-enthused air force accepted the Tejas in 2011, making certain concessions for what was termed as IOC-1. At the time, improvements were demanded by the service concerning combat performance, turnaround time and weapons fit, along with completion of wake penetration trials and all-weather clearance.

These have since been accomplished and with the granting of the IOC, Tejas Mk1 can attain angles of attack (AoA) of up to 22°. It features a revamped avionics and weapons system, with a fully integrated helmet mounted display sight (HMDS). An R-73E missile firing was also successfully demonstrated using the HMDS. The Tejas Mk1 can now fly without any telemetry support and a claimed radius of action up to 500km (310 miles) with a ferry range of 1,750 km (using 800/1,200 litre drop tanks). 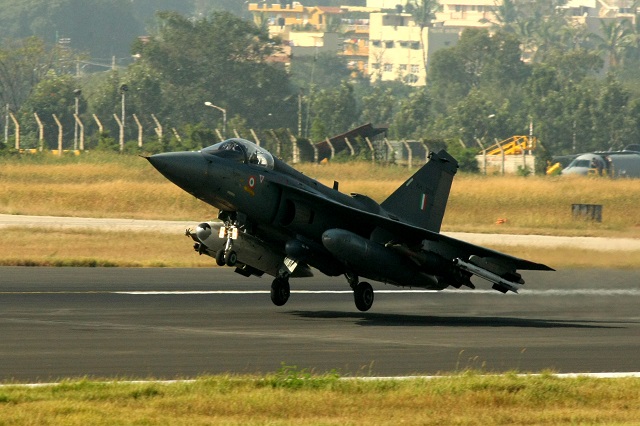 The Indian air force will have its first Tejas Mk1 squadron based at Sulur, in Tamil Nadu, which is close to Bengaluru, where the aircraft is manufactured. The service has thus far committed to two squadrons (40 aircraft) of the Mk1.

According to the Aeronautical Development Agency, a substantial amount of work for the FOC has already been completed. The major tasks involved are expansion of the flight envelope to 24° AoA, installation and demonstration of the in-flight refuelling system, addition of the Israeli Rafael Python and Derby air-to-air missiles, along with integration and trials of the 23mm (0.9in) cannon. 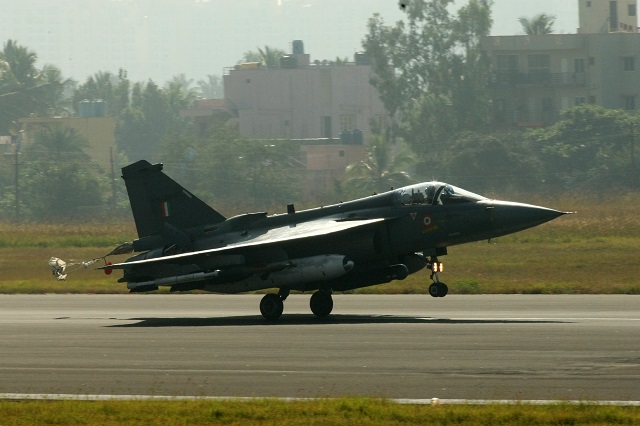 Despite a number of technical problems, the Tejas flight test programme has demonstrated an excellent safety record. More than 2,450 sorties across 11 aircraft have been flown since 2011, with 490 flights being flown this year alone, from air force bases at Jamnagar, Jaisalmer, Uttarlai, Gwalior, Goa, Leh and Pathankot.

The Tejas is a light weight, single engine, single seat, supersonic multi-role fighter and features a quadruplex digital fly-by-wire flight control system that was developed indigenously. The type is also being developed for the Indian navy for its carrier borne fighter requirements. The Tejas is only the second fighter aircraft to be developed by India, since the