The aircraft has been transporting the group’s members and its equipment for an extensive tour, which was covering Latin American cities in March.

It had arrived at Santiago for a concert on 11 March but the band states that, on 12 March, it was hitched to a tug to be towed for refuelling.

“On moving, the steering pin that is part of the mechanism that connects the ground tug to the aircraft seemingly fell out,” it says.

Steering failed during a turn and the aircraft collided with the tractor, it adds, badly damaging the nacelles and inlet cowls of both left-hand General Electric CF6 powerplants, as well as its undercarriage. 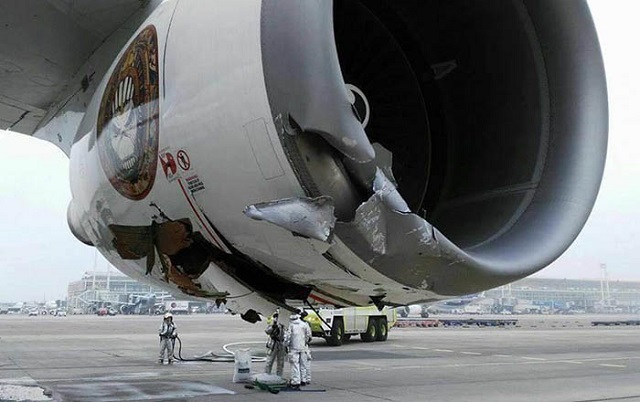 Two operators of the tractor were hospitalised as a result of the accident. None of the band members or their crew was on board and the tour equipment, some 20t in weight, had not been loaded.

The band states that the powerplants have suffered “large damage” and might have to be replaced – in any case, it says, they will need an “extended period of maintenance”.

The 13-year old aircraft, serial number 32868, is part of the Air Atlanta Icelandic fleet and was previously operated by Air France.

It underwent reconfiguration, painting and customisation at the Volga-Dnepr Gulf facility in Sharjah during 9 January to 17 February.

Volga-Dnepr Gulf says it worked “meticulously” on the transforming the jet from its Air France colour scheme to the Iron Maiden tour livery.

Iron Maiden had been due to take the aircraft from the Chilean capital to Cordoba in Argentina for a concert on 13 March. It says contingency plans are being put in place – including the sourcing of another aircraft – and it does not expect the accident to affect its schedule. 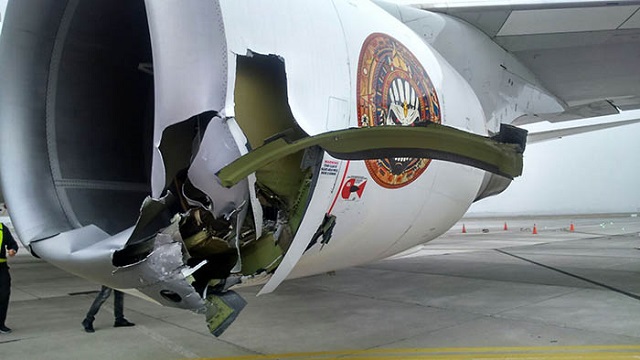