Fatigue cracks started by manufacturing defects in a fuselage longeron caused the in-flight break-up of a Boeing F-15C Eagle on 2 November 2007, the US Air Force accident investigation has concluded.

Longeron cracks have been found in another nine F-15Cs, and manufacturing defects that could potentially cause fatigue cracking have been detected in a further 182 F-15A-Ds. All of these aircraft remain grounded. 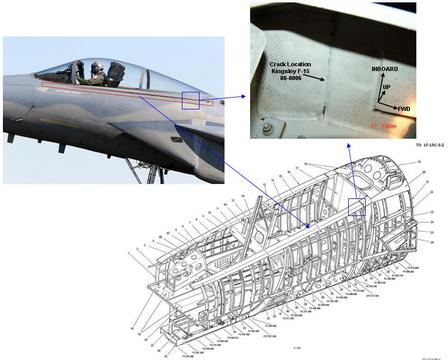 Examination of the wreckage of the crashed F-15 revealed the right upper longeron, a critical load-carrying component in the forward fuselage, failed because of a fatigue crack that formed where the metal was thinner than specified in the blueprint.

The thinning was caused when the longeron was machined by McDonnell Douglas during production of the aircraft, which was delivered in 1982. Similar manufacturing defects - undercuts, ridges or surface roughness that could potentially cause stress concentrations – have been detected in upper longerons in 40% of fleet.

This was by far the worst thinning of a web discovered by the fleet-wide inspections that followed the crash, says Maj Gen Thomas Owen, commander of Warner Robins Air Logistics Center, the USAF’s F-15 depot. 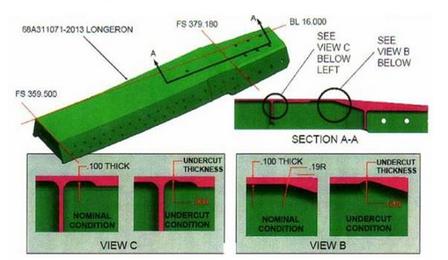 The accident aircraft had accumulated 5,700 flight hours, says Owen, or 11,000 “equivalent spectrum hours” taking in account the additional fatigue stress imposed by high-G manoeuvring. But the longeron was projected to last 31,000h, well past the life of the aircraft, he says.

In the 2 November in-flight break-up, the cockpit separated at canted fuselage station 377, where the forward and aft sections of the two-piece upper longerons are spliced. The fatigue crack had formed just forward of the splice, in an undercut produced when a sloping transition was machined in the underside of the longeron.

Investigators say the crack started on the underside of the longeron, working its way upwards and outwards through the over-thin web until it reached the outer “posts”, which carry the bulk of the forward fuselage loads. 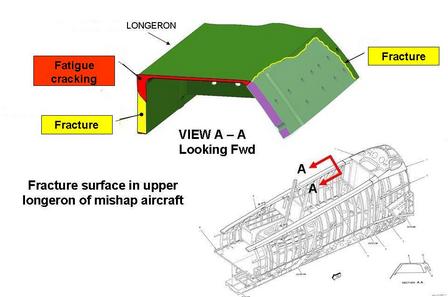 Fatigue crack spread through the web, and weakened longeron fractured      © US Air Force

Weakened by the crack, the posts fractured as the aircraft pulled almost 7.8G in an air-combat manoeuvre. When the upper right longeron failed, the other three upper and lower longerons could not carry the loads and the forward fuselage separated.

Owen says the USAF has ultrasonically inspected 84 specific locations on each upper longeron on every F-15A-D. “That’s 168 data points per aircraft, and if any one is under blueprint, then the aircraft remains grounded.”

Acknowledging its “conservative” approach, the USAF says each grounded aircraft will be individually analysed to determine if it can be returned to flight with recurrent inspections or flight restrictions, or whether it must be repaired or retired.

Detailed analysis is under way at the Air Force Research Laboratory to determine the rate at which the fatigue cracks spread, so that requirements for recurrent inspection of affected longerons can be established. 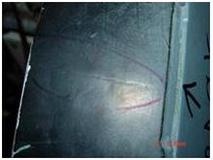 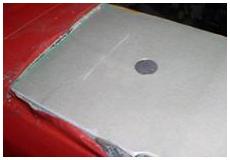 While the USAF has not decided which, if any, aircraft will be repairs, Warner Robins is manufacturing an initial batch of 15 longerons at a cost of $15,000. Owen says replacement of the longeron in an aircraft will cost $250,000.

Owen also says the USAF will also conduct detailed inspections of other primary structure in a sample of the F-15 fleet to determine whether similar manufacturing defects exist in other critical areas of the aircraft.